Mike’s note: At Market Minute, we’re contrarians at heart. We bring you trading ideas that the talking heads in the mainstream might not agree with… Despite their massive potential to make you money.

And our colleague Teeka Tiwari, editor of Palm Beach Confidential, is no stranger to such ideas. He’s been recommending cryptocurrencies since mid-2016, back when almost nobody knew about them… And even with the recent fall in the price of bitcoin, his readers from back then have made an astounding 10x their initial investment at writing.

Now Teeka’s here with his latest and boldest call… He believes blockchain – the technology that underpins cryptos like bitcoin – could soon be as big as the internet… And on March 18 at 8 p.m. ET, Teeka’s putting on an exclusive online event where he’ll reveal the phenomenon that could drive bitcoin and other cryptos to new all-time highs…

Spots are filling fast, so sign up right here. And until then, read on to hear just a small taste of Teeka’s new big idea…

I was a 19-year-old money manager… living in an analog world that had suddenly found itself falling headfirst into a digital future.

We were using paper-filing systems, typewriters, and fax machines. The personal digital assistant (the predecessor to the smart phone) hadn’t been invented yet.

People referred to the internet as the information superhighway. I didn’t know anyone who used email… and we still rented our movies on VHS.

But technology experts were making bold predictions. They theorized that one day, we would all be able to…

For most, it seemed like wild speculation. This potential future was so different from the present, most people found it hard to imagine.

But I could see it…

As a 19-year-old broker, I pitched a client to buy McCaw Cellular. I said that within 10 years, everyone in the Western world would have a cell phone and McCaw would explode in value.

Back then, cell phone service was spotty and very expensive. Only businesspeople used them… And they could easily pay $2,000 per month in cell phone bills.

But I argued that cell phones would get so cheap, even children would have them. To my clients, I might as well have been telling them we’d all be using flying cars.

In other words: It sounded crazy.

My older clients couldn’t get behind the ideas in telecommunications, technology, and the internet. Maybe it was because they were too steeped in past experiences.

But the ones with open minds opened their pocketbooks… and reaped all the rewards. (By the way, AT&T bought McCaw Cellular in 1994 for $12.6 billion.)

You Need to Invest Early in Tech

While my peers were still buying stalwarts like Kodak, Occidental Petroleum, and IBM… I was buying Intel, Microsoft, Oracle, and Qualcomm.

The reason I bought them is they were “disruptive” tech companies with the potential to change the world in dramatic ways.

For example, Microsoft disrupted the software market and stole huge profits from IBM… Oracle disrupted the database market… and Qualcomm created tech that gave it a piece of just about every cell phone sold in the world.

Unfortunately, the time to make life-changing wealth from those companies is gone. But here’s the thing…

There’s a gigantic new wave of disruptive tech hitting the public markets… and early investors can make a fortune.

A New Wave of Disruptive Tech

If you’ve followed my work for the past four years, you know I’m bullish on blockchain. It’s the underlying technology for cryptos like bitcoin.

Look, I won’t go into all the technical details about how the blockchain works. (We’ve written about it here and here.)

But I’ve faced many of the same challenges with blockchain that I did with tech stocks in the early ’90s. It can be difficult to understand – just how the internet was for many of my older clients.

I’ll tell you the same thing now that I told my clients back then: You don’t have to know how this stuff works to make a killing from it.

Here’s what you do need to know…

One hundred years from now – when we look back on the waves of innovation that launched us to new levels of human advancement – we’ll see this period we’re in now as the beginning of a brand-new tech revolution.

A revolution ushered in by the wholesale adoption of blockchain technology.

That’s why I’ve devoted the last four years of my life to learning more about blockchain than anyone else.

And what I am seeing is that, after years of pilot projects, we’re finally seeing crypto and its underlying blockchain tech go mainstream.

It’s in this next phase of moving from the experimental to the actual use of this technology by major corporations that we will see massive fortunes made.

Just like in the 1990s when my peers were trying to make money off old guard names like IBM and Kodak… people today are sticking to companies like Amazon, Apple, and Google.

Friends, if you want to move the needle on your net worth, it’s not going to happen by owning Amazon, Apple, or Google. They’re mature market leaders now. And their millionaire-making days are long gone.

That’s why I encourage you to get educated on blockchain today. I don’t want you to make the same mistake my older clients made when they missed out on the ’90s tech boom.

P.S. For the past six months, I’ve been on a world tour, interviewing my network of crypto insiders and billionaires to uncover “The Final Five.”

These are the last five blockchain projects that a rare phenomenon will send soaring so high… $500 stakes in each could mint new crypto millionaires.

To prove it, I’m doing something never been done before in the history of our industry. I’ve chartered a private jet and taken strict precautions to keep its destination secret.

And on Wednesday, March 18, I’ll take you along to the hidden epicenter of this millionaire-making phenomenon during a special event from inside my private
jet.

Once I reveal the location, you’ll see with your own eyes why it’s guaranteed to transform the crypto market… and make you an absolute fortune in the process.

Free report from our friends at MAGAnomics Institute: How Maganomics Has Created the Greatest Wealth-Building Opportunity in History… And How You Can Start Profiting From It Today

Bitcoin just had its best rally to start a year since 2012.

Teeka Tiwari, the #1 most trusted person in crypto, believes THIS is the real reason why.

If Teeka’s right, Bitcoin was just the start. Five tiny cryptos he’s never revealed before could make you $5 million richer, in as little as 10 months from today…

On March 18, Teeka will host “5 Coins to $5 Million: The Final Five.” And you have a chance to learn how to access the names of these new five coins for free. 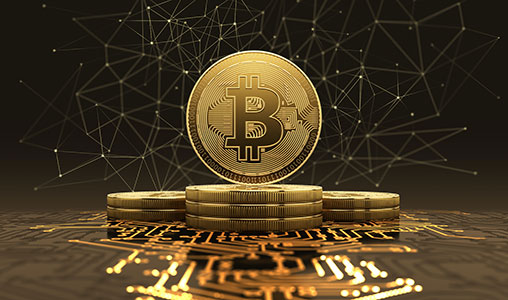