Mike’s note: As our office is closed for the winter holidays, we’re sharing one of Jeff’s classic essays to remind readers, both new and experienced, how to actually profit from a falling stock – there are a few important things to remember… and a few things to avoid.

So, read on to learn Jeff’s two main rules… And why he says that no matter how attractive a stock looks, you should not give into the temptation of buying under the wrong conditions…

But, there are times when the knife is so close to the ground – where the risk of further loss is minimal, and where the potential gains are so enormous – that it makes sense to reach out and grab it. 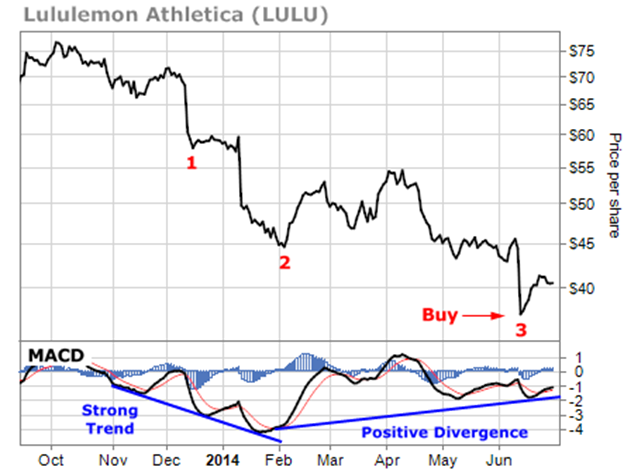 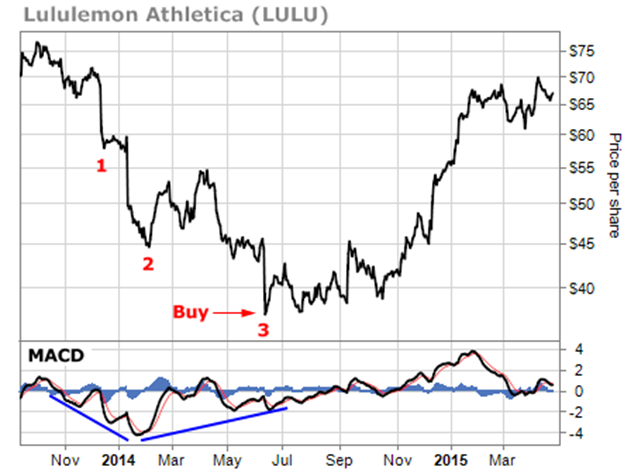 As you can see, LULU’s June 2014 low marked the bottom for the stock. But LULU didn’t mount a sustainable rally right away. Instead, the stock chopped around for a few months in a relatively tight trading range. Then, it exploded higher. Anybody who caught the falling knife in June 2014 was sitting on around a 75% gain by the following March – just 10 months.

1. Never buy a stock on the first decline from bad news.

2. Only buy a stock when the technical condition of the stock supports a bottom.

P.S. We all know a boring stock when we see one. But, that doesn’t mean they don’t make significant returns. That’s why, for years, I’ve been using this one stock that has consistently made me money.

And now, I want to share it with regular folks, so they can use it too, and potentially make thousands of dollars month after month.

Click here to find out which stock I reveal for free – along with the simple and effective strategy I use with it – and see how I was able to retire early.