Bitcoin hasn’t done much of anything lately. The “King of Cryptocurrencies” bottomed at about $5,100 per coin back in mid-March. It rallied nearly 100% by early May when it traded at $10,000 per coin. But, for the past five weeks, Bitcoin hasn’t gone anywhere. It closed Friday at $9,700 per coin.

But, there’s a big move coming. And it could get started this week.

This chart has formed a rather large triangle pattern over the past few months. GBTC is approaching the apex of the triangle. So, it’s set to break out of this pattern, or way or the other, in the next few days.

The height of the triangle, from the top in February to the bottom in March, measures $8. So, it’s possible the coming breakout could lead to an $8 move – either up to $20 per share, or down to $4. And, that sort of a move will take a few months to play out.

At this point, this chart doesn’t provide us with much of a clue as to which direction GBTC will break. So, betting either bullish or bearish is pretty much an even-money wager.

But, if we scale down a bit and look this a 60-minute chart, the setup looks slightly more bullish than bearish to me. Take a look…

On this timeframe, GBTC has formed a consolidating rectangle pattern. Stocks usually break out of this pattern in the direction they were heading when the pattern was formed. For example, since GBTC was rallying prior to forming this consolidation, then GBTC is more likely to rally coming out of the pattern.

This same sort of setup formed in April as GBTC consolidated its initial rally off of the March bottom. GBTC bounced about 40% off the low in March. Then it chopped around for a few weeks, formed a consolidating rectangle pattern, and built up energy for its next big move.

That move got started in late April when GBTC broke out to the upside and started another rally phase.

If GBTC can break out above $12 per share, then it will start a new rally phase on this 60-minute timeframe. And, that sort of action could trigger an even stronger move given the setup on the daily chart.

On the other hand, if GBTC breaks below $10 per share, then forget about it. Bitcoin will be headed lower.

It looks to me like the bulls have a slight edge here. But, traders should respect a move in either direction. And, that move will likely get started this week.

Have Jeff’s Market Minute essays on bitcoin guided you to profits? Or, do you refrain from trading bitcoin altogether? Write to us at [email protected].

“What should I do with my money?”

THE ANSWER CAN BE FOUND AT BILL O’REILLY’S FREE SUMMIT. 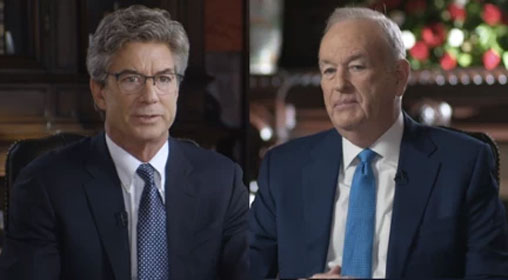