The gold sector has been frustrating bulls and bears alike for the past two months. The VanEck Vectors Gold Miners Fund (GDX) has been chopping back and forth in a tight trading range since the middle of December. All of the rally attempts have been stopped short. And, none of the declines could gather any momentum.

Now though, the gold sector looks poised to make a big move soon, in one direction or the other. Take a look at this chart of GDX…

The blue lines on the chart show a consolidating triangle formation. This pattern forms as a stock makes a series of lower highs and higher lows. It’s a consolidation pattern – meaning it allows the stock to rock back and forth, building energy for its next trending move.

As you can see, GDX is approaching the apex of the triangle. So, it’s going to break out of the pattern, one way or another, soon.

The height of the triangle, measured from the low in December to the high in January, is roughly $2.50. So, the expected move on a breakout of the pattern should be about $2.50 as well. In other words, if GDX breaks out to the upside, then adds $2.50 to the current $28.50 stock price, then we get an upside target near $31.

That lines up with the next obvious resistance level marking last September’s high.

If GDX breaks to the downside, then the target is the $28.50 current price minus $2.50 – or, $26 per share. That matches the support line connecting the lows from last October, November, and December.

Based solely on this pattern, the odds are about even for a move in either direction. GDX could just as easily move higher as it could move lower from here.

But, since the Gold Miners Bullish Percent Index ($BPGDM) generated a sell signal last month, it seems to me the bears may have a slight edge here.

Either way, gold stock traders should pay close attention to this chart over the next few sessions and expect a breakout in either direction.

Are you bullish or bearish on gold stocks? Let us know, along with any other questions or comments at [email protected].

He has been called the "Most Aggressive Trader in History"…

For making $300 million profit on a single trade.

But mystery surrounds him.

Over the past 33 years, Andy Krieger has maintained his anonymity…

Secretly dominating the markets… making better… and even bigger trades.

In fact, whenever a big trade happens in the world… many still wonder if Andy is behind it.

But on Thursday, February 20th, he’s breaking his silence… 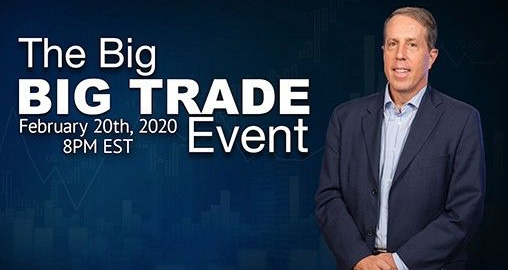