The Volatility Index (VIX) closed Wednesday at its highest level since Christmas Eve, 2018. Stocks are falling. The market is collapsing. And folks are willing to pay huge premiums to buy put options as a hedge against even more downside.

At times like this, traders need to remember the phrase we’ve repeated often here in the Market Minute…

Periods of low volatility are always followed by periods of high volatility, and vice versa.

It seems like now is a good time for some of that “vice versa.”

Take a look at the following chart of the VIX…

The VIX traded above 33 at one point yesterday. And, the Bollinger Band width (at the bottom of the chart) expanded beyond where it was on Christmas Eve, 2018 – which was arguably the best time over the past year and a half to buy stocks.

The blue arrows point to those times over the past year and a half when the VIX closed above its upper Bollinger Band – indicating an extremely high level of volatility – AND when the Bollinger Band width (at the bottom of the chart) expanded to an extreme level.

On five of the six occasions, the S&P 500 rallied immediately off of oversold conditions. But, even following the one occasion where the market continued lower – last May – stocks recovered and were sharply higher two months later.

Volatility is high right now. The VIX is more than 100% above where it was trading just one week ago.

Now is not the time to be betting on an even further increase in volatility. Traders should be looking for volatility to contract.

That means traders should be looking for stocks to bottom… and start to rally from here.

Today in the mailbag, Delta Report subscriber Gary shares his feelings about being a member…

You know, Mr. Clark, I never would have thought that a highly detailed, excellent daily financial newsletter would intermittently touch my heart so deeply.

Yet, intermittently, your daily letter touches my heart in a most authentic and important way – a way that expands my mind. I merely, and inadequately, say thank you.

And Jeff Clark Trader member Whitney, tells us about a gain she’s made on Jeff’s advice…

I want to thank Jeff Clark for his recent article on GDX. The price was squeezing down and was setup for a breakout in either direction. After reading this article, the next morning I placed an
option strangle at the money on GDX (bought a put ATM and a call ATM). Just two days later I closed the trade for a 35% gain.

I do enjoy reading Jeff’s technical analysis articles – as he’s been right so many times. All the best.

President Trump signed Executive Order No. 13817 to ensure the production of this exotic substance. One materials engineer says it “might as well be alien technology”…

Not only because it is extremely hard to obtain…

But because it is essential to powering the latest tech innovations, such as 5G phones, and even laser weapons.

One U.S. company is following the President’s directive and actively developing this game-changing technology. If they succeed, they could help ensure America’s tech dominance for the next decade… and potentially show investors extraordinary gains of up to 6,000%.

Get the shocking story here. 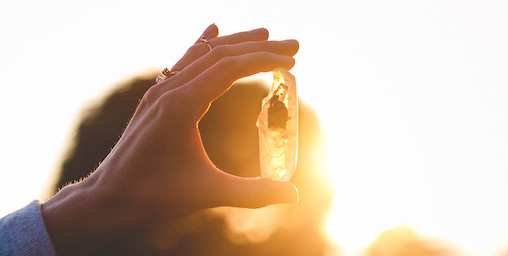