The last sell signal in the gold sector was a dud.

Three weeks ago, the Bullish Percent Index (BPI) for the gold sector (BPGDM) triggered a sell signal when it turned lower from overbought conditions. The VanEck Vectors Gold Miners Fund (GDX) was trading for about $39 per share at the time. And, I warned that gold stocks would likely be lower in the weeks ahead.

Sure enough, GDX fell for a few days. It lost about 5% over the next week – dropping to about $37 per share. But, it quickly reversed course and exploded higher as the BPGDM rallied back up to 100. GDX closed near $44 per share earlier this week.

I’m still wiping the egg off of my face. But, I’m not buying gold stocks right here – because the BPGDM just triggered another sell signal.

In most cases, a sector is overbought – and subject to a correction – when its BPI rallies above 80 (meaning 80% of the stocks are trading in bullish technical patterns). A sector is oversold when the BPI dips below 30. The BPI generates a sell signal when it turns lower from overbought conditions, buy signals occur when the BPI turns higher from
oversold levels.

Gold stocks fell sharply, anywhere from 12% to 30%, following three of the previous four BPGDM sell signals. The sell signal in early July, though, yielded only a small decline. So, traders might be tempted to disregard the new sell signal that triggered yesterday.

Prior to this month, the only other time I can recall the BPGDM hitting 100 (its highest level possible), was back in July of 2016. GDX peaked a few weeks later. And, six months after, most gold stocks were down 40%, or more.

Of course, I won’t say we’re headed for something similar this time around. But, the BPGDM has proven to be a very reliable indicator for pointing to reversals in the gold sector. And, with it flashing its second sell signal in under a month, it seems to me there’s probably more risk in the gold sector than many traders currently appreciate.

At the risk of having to wipe even more egg off of my face next month, I suspect most gold stocks will be lower in the weeks ahead.

P.S. After reaching a new all-time high, everyone’s wondering what gold is going to do next. It’s reminding me of August 2011 when everyone was having “gold fever,” yet I predicted that gold was going to drop – which at the time was a very bold prediction… and folks didn’t want to hear it.

I’m not a gold expert, but I ended up being right. In 2012, gold fell over $150 an ounce… and my subscribers who followed my gold trade were raking in profits of 226%… in just one week. Not many predicted the gold fall, but that’s why I’m telling you I see the same patterns happening again right now.

Over the last three decades, I’ve developed a reliable technique to predict how gold is going to move in the short term. If you already own gold, or plan to invest in it soon, I recommend you watch my presentation about my gold trading techniques you can use to potentially fund your retirement… and then some. Click here to watch…

In today’s mailbag, Robert thanks Jeff for his guidance…

Hi Jeff, I just want to thank you for your generosity in sharing your deep insights into the markets during these rather crazy times. Your decades of experience and calm, methodical approach is a breath of fresh air. I continue to learn from your emails, even though I already have quite a bit of experience. All the best to you.

And here, Derrick explains why he chooses to use options…

I have an alternative explanation for why the put/call ratio is so low. It may not be because investors are so bullish, but because they are so skittish. As you’ve said many times, options are there to reduce risk. For what I can own in stocks for about $50k, I can control in options for about $2,500 and get big gains in much less time.

You don’t usually trade stocks in and out of on a weekly basis, since the big gains come over a long time. And, if you’re nervous the market could drop on a dime, then you could be out of options before it drops. And for now, the bears and shorts have been beaten up so badly by fighting the Fed… so why not go with the trend? But be ready to jump out at a moment’s notice – as options give you that chance.

Of course, there’s also the fact that Robinhood, TD Ameritrade, and Schwab now have no commissions. The big deterrent to options was the cost/value ratio of commissions to potential profits, which often are a much higher percentage in options than in stock trades.

So maybe it isn’t that the market is wildly bullish, but that it’s wildly bearish because it’s holding a lot of its money in cash (for a pullback to buy longer term stock buys) and only spending whatever trading money it has on options (and call options because the Fed has lost its mind).

Former hedge fund manager, Teeka Tiwari, believes this new technology will be the No. 1 Investment of the Century.

CNBC reports it will be: “The biggest thing since the internet itself.”

And the World Economic Forum predicts it will grow 279,000% over the next few years.

It’s NOT 5G, artificial intelligence, the Internet of Things, or cryptocurrency. 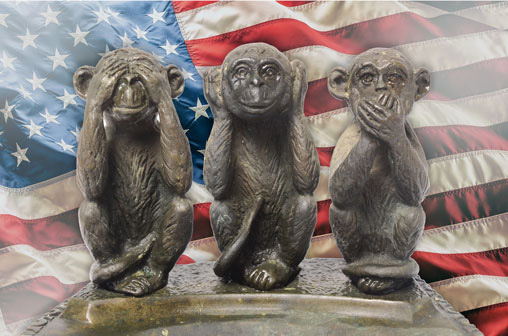