One month ago, shares of Macy’s (M) got trashed. And, it happened right after I told my son to buy it.

Carson is in the second phase of a high school stock trading contest. He won the first round, and he’s now feeling the pressure to do well in the second round – which started several weeks ago.

He called me from school on Friday, December 6, and asked for a stock pick. I said, “I really like the setup in Macy’s (M).”

“I know it does, son,” I replied. Then I went on to argue about how it trades at just 5 times earnings and pays a 10% dividend. And, I told him how much I liked the “coiling” action on the chart.

“Macy’s,” I said, “looks to me like it has very little downside and possibly a whole lot of upside. From a risk/reward perspective, I really like the look of it.”

The next day, Barron’s ran a negative article on Macy’s. Then, on the following Monday morning, Goldman Sachs issued a sell recommendation on the stock. Macy’s opened for trading down $0.43 on the day.

“What the heck, Dad!” Carson complained as we watched the market open.

“Should I sell it?” Carson asked.

“No,” I answered. “What you need to do now is watch and see what happens by the end of the day. If the stock can somehow turn around and go positive on the day, then that’s probably the biggest ’BUY’ signal you’ll ever see.”

When a stock can trade higher in the face of bad news, it’s usually a bullish sign. And, when a stock as beaten-up as Macy’s gets hit with a bad press article and a Wall Street downgrade at the same time… and still manages to turn higher… Then there’s nobody left to sell the stock. The slightest hint of good news is going to send the stock higher.

And, as I told Carson, at 5 times earnings and a 10% dividend… Macy’s could gain 50% from here within
the next few months.

So, as we move into earnings reporting season over the next few weeks, traders should pay attention to any beaten-down value stock that somehow manages to rally in the face of bad news. It could be a strong sign that the sellers are exhausted and the stock has finally hit bottom.

P.S. A colleague and good friend of mine, Teeka Tiwari, is having a webinar tonight at 8 p.m.
where he’ll reveal his No. 1 wealth-building opportunity of the year.

It’s not options, stocks… or really, anything that involves the stock market. But, he believes it’s the everyday investor’s ticket to financial freedom. And that it could pay for your whole retirement in a single day.

The only catch… Space is limited on this idea. It’s first-come, first-served.

So, be sure to sign up for tonight’s event right here, and learn how you can be a part of it.

Today, a reader wins big on a Breakout Alert idea…

Loved your recent recommendation. Chose to use options and I’m up 298%. Thank you.

Have you made a big gain on one of Jeff’s picks? We’d love to hear about it…

Submit your trading stories right here, along with any other questions or comments you have.

Tonight, at 8:00 PM ET, Jeff Clark’s colleague will reveal the #1 wealth-building opportunity of 2020… it’s a chance to invest in a pre-IPO deal before it could list on the Nasdaq. This deal is so potentially profitable… it could turn $250 into a nest egg in a SINGLE day. You can attend this LIVE event for free.

But only if you click here now and RSVP. 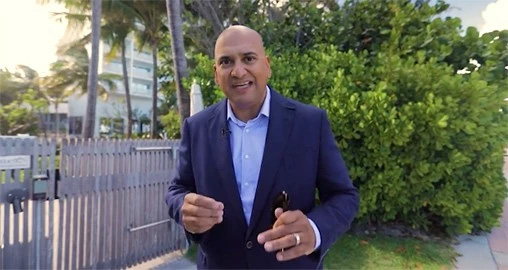