The robots have taken over Wall Street.

Computer trading – the robotic, pre-programmed buying and selling of stocks by machines – now accounts for nearly 80% of the volume on the U.S. stock exchanges.

For many folks, that’s a frightful statistic. It makes traditional, fundamental analysis useless.

Stocks aren’t moving on the basis of earnings, dividends, or growth rates…

They’re moving based on an algorithm that tells the computers when to buy stocks and when to sell. And, most folks think they don’t stand a chance to profit against the computers.

Most folks are wrong.

You see, most computer trading programs are based on past-price action. They look at the past behavior of stocks and use it to predict where buying and selling pressure is most likely to come into a stock. And, they’re pre-programmed to buy and sell stocks at those points.

But, you can do the same thing using technical analysis (TA). Technical analysis is simply using the past action in a stock to project its future movement. (Click here to check out our new free resources tab, including our glossary and training videos.)

In fact, you can use TA to jump in front of the computers, to anticipate the pre-programmed levels at which the computers will buy and sell, and to profit as the computer then pushes the stock in your direction.

All you need is a basic understanding of the concepts, so that you can identify the most likely spots at which the computers are going to buy and sell, and the right strategy to use in each situation.

The first thing to remember is that stocks only do two things: they’re either trending, or they’re consolidating.

That’s it. They only do those two things.

And when stocks are consolidating, they’re merely chopping back and forth inside a stable trading range.

By using technical analysis, you can play “connect the dots”… Which means anticipating where the computers are most likely to buy and sell stocks in each of these situations.

Take a look at this two-year chart of Invesco (IVZ)…

For example, we booked a 100% gain on March 1, 2019, as IVZ was approaching its resistance line. Then, we sold the other half on March 19 for a 150% gain, all while risking less money trading options than buying the stock itself. (To learn more about the Delta Report and the potential to use technical analysis to quickly make large gains, click here.)

During larger-scale moves – like the decline in early March of 2020, and the sharp rally in early June – the computers aren’t likely to be active in the stock. There aren’t any easily discernible support and resistance points on large one-directional moves. So, the computers don’t attempt to take a position.

But during those times, where the computers are buying and selling at clear support and resistance levels… that’s the time to strike.

Because once you know how to identify those levels, you’ll actually have the chance to trade ahead of the algorithms… and secure bigger profits along the way.

P.S. I’ve recently discovered this new strategy that helps me beat the computers at their own game. And, I’ll be using this strategy for my next recommendation in my flagship options service, the Delta Report.

This strategy can be applied to thousands of stocks, giving us plenty of opportunities to profit.

Click here to learn how my strategy could help you make large short-term gains – no matter what the computers are doing.

If You Use Apps, a Smartphone, or Online Banking…

Because, says world-famous futurist George Gilder, we’re headed for a stunning $16.8 trillion reboot that could impact the way you use every single one of those modern tools.

It could also radically transform the way you get paid, the way you save and – maybe most of all – the way you invest for retirement.

It’s all in his brand-new presentation – you’ll find it at this link.

What you’ll see could change our way of life, the way microchips did. The way the internet did. The way smartphones have.

And, says George, it could make you exceedingly rich – click here to see why. 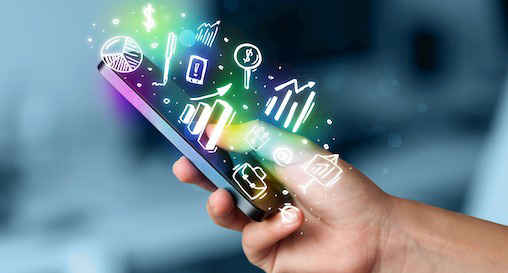