Pot stocks are setting up for a rally.

Cannabis stocks have disappointed investors this year. For example, shares of ETFMG Alternative Harvest Fund (MJ) – an exchange-traded fund (ETF) of pot stocks – is down more than 50% over the past year.

Folks who bought into the sector in anticipation of widespread marijuana legalization – and a corresponding surge in demand – are instead stuck with large losses.

But, that may be about to change.

The sector turned bullish a couple of months ago. And, the choppy, back-and-forth action over the past few weeks could spark a new rally in the pot stocks.

Take a look at this chart of MJ…

MJ has been stuck in a tight trading range between $13 and $14 per share for the past five weeks. That has given the various moving averages (the squiggly lines on the chart) time to coil together and build energy to fuel the next big move.

This setup looks bullish to me.

If support holds and MJ pops higher, then the obvious first upside target is the June high at about $15 per share. Over time, though, if the sector is really set to rally, MJ could approach the upper resistance line just above $18.

On the other hand, if MJ falls below the support of its 50-day moving average (the blue line) near $13, traders can exit the position for a loss of just $0.50 per share or so.

In other words, buying into the pot sector here offers a potential reward of up to $4.50 per share versus a risk of about $0.50. That looks to me like a good risk/reward setup.

I’m reminded of Warren Buffett saying that he doesn’t invest in things he doesn’t understand.

Bitcoin (BTC) reportedly has a limited supply. The amount to be “mined” was somehow limited by the anonymous creator. As of now, it’s reported that 98% of all possible Bitcoins have been mined. Its value is supposed to lie in its limited supply, security, traceability of its blockchain technology, and the independence from any government control or
manipulation. The mining process somehow involves massive amounts of computing power being applied to who knows what?

But now that the mining work is mostly done, how does BTC maintain any value going forward? This question shows my lack of understanding of what exactly was “mined.” Because of this opacity, the ordinary citizen isn’t going to see BTC as any less flimsy than the dollar bill, especially considering proof of BTC ownership is all electronic and nothing physical.

According to tradition, since the beginning of computers and the digital era, computing power doubles
every few years and the price of that power then halves. This fact would make it seem that BTC is worth less going forward, not more. If someone, or some entity, did something of value in the past, is what they did necessarily worth more going forward? No! And especially if that something is intangible.

One reason we as a nation went off the gold standard was because the supply was limited, and national growth was limited to something like the growth rate of the gold supply. (I’m not sure I buy that argument.) So, if the supply of BTC is limited, wouldn’t the world economic growth be limited too?

At this point, the “greater fool” theory would seem applicable, as with any other asset bubble or popular fad. There’s a bell curve in play. The X-axis is time, and the Y-axis is the price (perceived market value) measured in terms of existing currencies. BTC peaked around $19,000 in December 2017.

Looking at a long-term graph of its dollar price from the beginning, it’s hard to believe BTC isn’t actually on the decline now. At 98% produced, and $9k per unit, I would feel like the last guy in on a “pump and dump” scheme. Since it’s very difficult for the common man to understand why BTC has value, it would seem difficult for it to become common currency.

People assume the dollar has value because it’s backed by the U.S. government’s authority (and land, military power, tradition, etc.); for BTC to surpass the dollar in common usage, wouldn’t the U.S. government have to abdicate its constitutional authority to create and regulate the national currency? Failing that, the political and economic powers will gravitate towards keeping the dollar – no matter how debased or inflated it becomes. I would feel more comfortable “hiding” in gold or silver. At least I can understand them.

I would change my opinion about BTC if someone could make me understand why it has intrinsic value, aside from being promoted by its fans.

Alan shares his views on metals and politics…

My suspicion is that metals will break out during a downturn in the big indexes. Call it a hunch, because I don’t have much to back it up except for the persistence of gold on the rise.

My sources say we’re entering a period of negative growth and, yet, inflationary forces are showing up. The commodity indexes have pretty much reached a huge bottom. One would think it can’t go much lower as it’s currently extreme on a long-term basis.

Certainly gold is ready to break out in a long-term chart. Speaking with my gold supplier of U.S. gold coins, he has almost nothing left for sale and premiums are up significantly. I’ve also read the U.S. Mint isn’t supplying gold until the end of the year.

Other sources say gold in its physical form is drying up. Another factor is that gold is at new highs in most other currencies. So, my read is that society is losing confidence in the Fed and other central banks, and they’re buying gold as insurance.

Look, the central bank’s games are absolutely ridiculous. Just constantly keeping rates down is simply a one-world government game. Politicians are in trouble, and their distortion of money is bad for businesses and society in general. The whole idea of wealth-effect was nothing more than a policy that takes care of those who give big political donations and line each other’s pockets.

Of course, governments are in big trouble because they have not produced decent results for the bulk of the population, and the wealth disparity continues to grow. Economically, it seems government is trying to do the stupidest things they can.

What about me? I’d like to make a solid, significant return on my savings, without going into heavy-risk assets when the stock market is at all-time highs. I’m retired, so I don’t want to bet on risky assets. Governments are creating maximum instability. So, gold seems likely to draw a big following as all governments – and central banks – are doing the same stupid moves.

Thank you, Jeff, for this week’s analysis of the gold indicators. I do appreciate them very much and find them very useful to me in addition to all your analyses in Jeff Clark Trader, to which I’m a lifetime subscriber.

I don’t trade options because I’m retired and scared of them. Strange, no? But I still like to read about your opinions and recommendations. I think you’re prudent, which is reassuring to me.

Just wanted to send you a quick note of encouragement to let you know that your articles, commentaries, and posts are valuable in times like these, more than ever. My point of view is very much on the same side as yours – that we’re on the verge of a drop in the markets that will come “out of nowhere.” Thank you for all you do!

Here’s what you need to know to prepare. 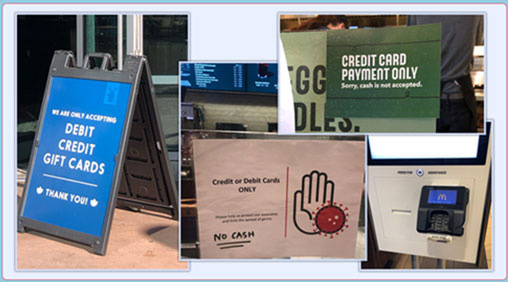