There isn’t any sort of instruction manual for dealing with what’s happening in the financial market right now. The action is unprecedented. We’ve never seen this sort of a decline from an all-time high.

Folks were too optimistic three weeks ago. People were willing to pay 20-times earnings for stocks that were growing revenues by only two or three percent. It didn’t make any sense. But, all the financial television talking heads told us to “get on board” or else risk missing the ride.

I was on the other side – preaching caution. And, I was wrong for several weeks as the market just kept pressing higher. My forehead is permanently dented from banging it so often on my desk.

Folks are scared. The market has fallen so far, so fast. The destruction of wealth over the past three weeks is unlike anything we’ve ever seen before.

That’s why I know it’ll be profitable. Maybe not today, or tomorrow. But, several weeks from now, I suspect the market will be higher than where it is today.

In calmer times, we all laugh and talk about how we’ll know when it’s time to buy stocks because it’s the last thing you’ll want to do. Well…

If you were thinking about plowing money into the stock market three weeks ago when the S&P was trading at an all-time high, then you have a much better buying opportunity today. The only question is whether or not you’ll take advantage of it.

There might still be some downside action in the days ahead. But, we’re closer to the end of this correction than to the start of it.

Jeff, I started with Jeff Clark Trader around Thanksgiving 2019. I profited on nine of ten of my first option trades. I have a lot to be grateful for. When I followed your advice, you were right about 95% of the time. Right now, I’m about even on my trading. The losses were only on the stock investments that I was already holding.

So far, I’ve earned about $19,000 (since January 1) from options trading. My wife has been sick with a mysterious illness. It was reassuring to know that although she was running up medical bills, I was earning enough to cover the bills as I waited.

Sometimes God tries to tell us something! The biggest earning days were during her medical tests. I can honestly say that I am eternally thankful! God bless.

In roughly 70 days, a rare phenomenon will strike the crypto market. It only happens once every four years. After the last time it hit in 2016, you could’ve turned $500 into as much as $5 million… in 10 months. To help you prepare, Teeka Tiwari is holding a first-of-its-kind event on March 18 at 8:00 PM ET.

In short: He’s chartered a jet… he’s flying you to the hidden epicenter of this phenomenon… and he will prove to you it’s set to mint millionaires again in 2020 (just like it did in 2016).

Plus, when you land, Teeka will officially release his new 5 Coins to $5 Million buy-list for 2020. And you will have a chance to learn how to access the names of the five never-before-released coins inside.

Click here now before someone else grabs your seat and bonus. 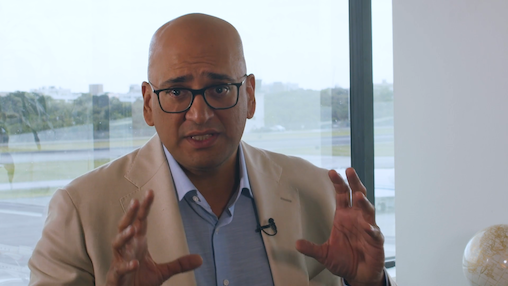