Mike’s note: Last week, Jeff Brown showed you how the new 5G wireless networks will change nearly every aspect of our lives. And, how it’s the biggest tech breakthrough – and moneymaking opportunity – of the next decade.

But some of Jeff’s readers have concerns about the technology. Is it safe for such powerful wireless networks to roll out to the masses?

Well, Jeff did some digging. And what he found might shock you…

As the 5G build-out swings into high gear, one concern keeps popping up in the feedback that readers send my way. Many people worry that this new generation of wireless technology will bring with it a wave of health issues… ranging from cancer to nosebleeds to autism:

I have seen zero coverage… on 5G health hazards… I do not believe it will be harmless to human health, not at all…

5G is a killer… Do your research!!!!!… Geez… I really thought most awake intelligent people know just how BAD 5G really is for humanity and the planet.

Hi Jeff, I am a subscriber and have heard many concerns with the safety of 5G. There are some who claim… we won’t know the extent of what it can do to our health until it’s too late. Have there been any studies done to see how it will affect our health? If it hasn’t been around long enough, then how can we assume that it is safe?

With regards to the health concerns surrounding 5G, couldn’t U.S. interests be… motivated to quash studies researching the safety and potential health consequences of the technology…?

First, let me state it outright: I do not believe 5G poses a health risk… And research supports that. Many of these same health concerns arose during the emergence of 4G… and yet the problems failed to materialize.

However, I understand that new technologies can be frightening. Especially to anyone who isn’t a scientist or researcher. So let’s explore why I’m so certain that the 5G fears will be another nonevent…

The Safety of 5G

It is important to be clear that 5G wireless technology is a form of non-ionizing radiation. And for that matter, so is the current 4G wireless technology and every other generation prior to that. Since radio frequencies (RF) have been used in radio, TV, wireless networks, and many other services for decades, this is a careful area of study for regulatory agencies to ensure that these RF waves have no negative impact on consumers’ health.

To be very clear, there has been no conclusive evidence that RF wireless technology causes any side effects in consumers who use, or even those in the presence of, wireless networks.

Yet in 2018, there was some very bad reporting concerning a study on the effects of high exposure of radiofrequency energy on rats. It found that male rats exposed to radio waves developed schwannomas (small tumors) on their hearts at statistically higher rates than the control group. However, mice and female rats exposed to the same radio waves did not develop any of these small tumors.

Somewhat ironically, the animals exposed to the high RF radiation actually lived longer than the control animals that weren’t.

But it’s important to note that all 5G-enabled smartphones will still meet the safety limits and standards set by the Federal Communications Commission (FCC), which is informed by the FDA.

But now I’d like to focus on a different question.

Where did this idea of dangerous 5G even come from? How did an improvement in our wireless technology generate such anxiety?

I think I know…

You might be skeptical when you hear what I have to say, but please keep an open mind.

Deploying 5G wireless networks is such a competitive advantage that it’s become a race between countries to be the first to build out 5G.

And, of course, the absence of these networks would be a severe competitive disadvantage at a national level. So it’s in the best interest of countries to build out these networks nationwide as quickly as they can.

In February of this year, Russia launched its own 5G program. But its progress on the 5G rollout is far behind the United States or China…

That’s why RT America (formerly “Russia Today”) aired a segment titled “A Dangerous ‘Experiment on Humanity.’” The media piece outlined how 5G is connected to everything from brain cancer, infertility, and even Alzheimer’s despite having no scientific support.

Keep in mind, RT is funded by the Russian government. And we already know that the Russian government has been proven to have highly structured programs to mingle in U.S. affairs and influence public thinking. RT is widely considered to be a propaganda machine to support Russia’s interests.

And what better way to slow down America’s 5G rollout – and give Russia time to catch up – than to spread misinformation and doubt about the safety of the technology?

You might be doubtful. But keep in mind, 5G is expected to unleash an estimated $12 trillion in wealth in the coming years. Whichever country sets the 5G precedent will be the economic powerhouse of the next decade.

We should ask ourselves this: What wouldn’t a government (with questionable ethics) do to secure that advantage?

P.S. There’s one other insight you should take away from this. If world governments are waging economic warfare to secure 5G dominance, it suggests how transformative this technology really is.

That’s why I’ve been saying that investing in key 5G companies is a once-in-a-decade opportunity. Smart investors stand to make 10 times their money with a few key investments.

And that’s why I’m hosting the 5G Investing Summit on August 22 at 8 p.m. ET. I’ll give you the name of my favorite 5G company to add to your watchlist. Go right here to save your spot.

Jeff Brown is one of America’s leading 5G experts. But this Thursday , he’s making his biggest 5G prediction yet.

If you’re looking for the chance to double, triple, or even quadruple your money — multiple times — this is a must-attend event. 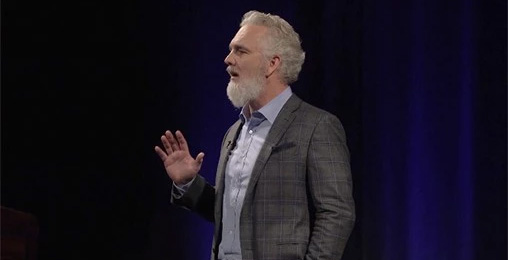