We might be seeing the top of the Treasury bond market.

This is the sort of action that often marks the end of a short-term rally. But, in the case of Treasury bonds, the action in TLT this week could actually signal the end of the 30-year bull market in bonds.

Look at this chart of TLT…

Think about that for a minute. U.S. Treasury bonds – the assets that people buy when they want a low-risk investment – rallied 30% in just over two months.

This is a classic parabolic move. And, like just about every other parabolic move we’ve ever seen in the financial markets, this one likely marked the high price for the asset. Treasury bonds are headed lower from here.

To get an idea of the sort of action we’re likely to see in the U.S. Treasury bond market, let’s take a look at how another parabolic move played out.

Treasury bonds are headed for a similar fate. TLT is up 30% in just two months so far in 2020. But, Monday’s spike higher will likely prove to mark the top. Look for an initial sharp drop from here, followed by an attempt to rally back to the high.

Once that rally attempt fails, Treasury bond prices will be headed back down. The T-bond bubble has popped. TLT will likely give up the gains from the last two months by the end of the year.

I really love the mobile app – so much easier and faster to use with my mobile device. It’s also great that I can get effective notifications via the Apple Watch. I live in Hong Kong, so I use the notifications to wake me if something develops in the nighttime (your day). This is great!

And thank you, as always, for your thoughtful comments. We look forward to reading them every day. Keep them coming at [email protected].

Locked away in Teeka Tiwari’s home is a special list.

On it, are the names of five tiny cryptos. For reasons you’ll soon understand, Teeka believes $500 in each could make you up to $5 million richer… in as little as 10 months.

Only 6 people in the entire world have seen this list.

Click here right now, for a chance to learn how to be number 7. 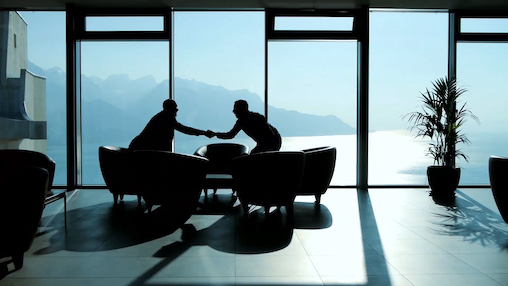