Bulls were happy to take the victory, especially after Wednesdays 2.2% bashing to the downside. The mere fact that the broad stock market didn’t get smacked down again yesterday has some traders thinking the one-day-decline was all we’ll get.

They’ll argue the traditional end-of-June selloff is over, and it’s time for another rally. After all, stocks only go up, right?

Granted, I’ve been not so sure for a while now. So, take that with a grain of salt.

But, remember Wednesday’s essay where we looked at the consolidating action in high-yield bonds? We suggested traders should pay attention to which direction the junk bond market breaks, because the stock market would likely follow.

Well, here’s an updated look at that chart…

It sure looks to me like the junk bond market is starting to break down. If so, the financial markets are shifting from “risk-on” to “risk-off.” Wednesday’s 2.2% decline in the S&P 500 was just the beginning of a larger decline. And, yesterday’s relatively quiet day was just the calm before the next storm.

Last week, we noted how the chart of the S&P 500 appeared to have broken down from a parabolic move. We suggested that following a bounce back up to its 9-day exponential moving average (EMA – red line), the index would be ready to decline again.

Wednesday’s action was likely the start of that decline. Take a look…

The S&P has immediate support at its 50-day moving average (MA – blue line) near 2975. That’s the minimum target for any downside move from here.

But, if we have indeed shifted to a “risk-off” mode, then it’s possible the market will give up all of the gains from its parabolic move and head back down towards 2800.

Do you think we’re due for another rally? Or is a sell-off imminent? Write us your thoughts at [email protected].

This “reboot” could create the largest wealth generation in decades. And it has nothing to do with politics, the coronavirus, or the Fed.

Click this link to see how to tap into this wealth revolution and learn how it could make you very… very… rich. 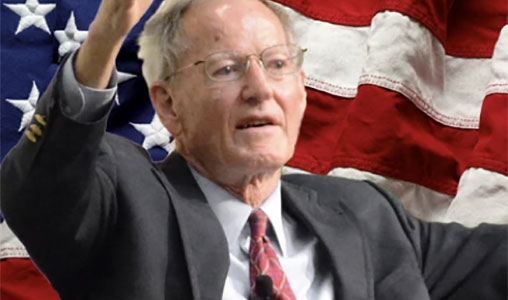