Jeff’s note: On Tuesday, I passed along a piece from my colleague and good friend Teeka Tiwari. It detailed his quest to deliver powerful, off-Wall Street investment ideas to everyday folks.

Well, yesterday morning, the below essay crossed my desk. And now I understand better why Teeka is so adamant in digging up these ideas…

Teeka believes the feds have rigged the game for diligent savers in America… and handed your well-deserved rewards to the Wall Street elite. That’s why next Wednesday at 8 p.m. ET, Teeka will share his latest method of fighting back.

Read on to hear it straight from him…

There is a “war” going on and you’re funding it…

It has nothing to do with the Middle East.

Although it’s funded by a new type of “tax,” the IRS doesn’t collect it… and the Defense Department doesn’t see a nickel of the money.

Instead, a private group of bankers outside the control of government imposes this tax. And since the 2008 financial crisis, it’s ripped about $1.5 trillion of income out of your hands.

Where did the money go?

We dug into the details and found your overall “income” (I’ll explain what I mean by income in a moment) has dropped by a factor of five since 2007. So you’re getting $20 instead of $100.

During the same period, the earnings of the banks and brokers behind this “tax” increased. So instead of earning $20, they’re now receiving $100.

A harmless coincidence? I think not.

Many folks might not realize this… but from the early 1960s to 2007, the average interest paid on a 10-year government bond was 7%. Retiring with a snug nest egg took some time, but it wasn’t impossible.

All of that ended when the Federal Reserve decided to wage a “war” against declining stock prices in 2007.

In its frenzied efforts to save the stock market, the Fed cut interest rates to near zero. Then, it printed $3.6 trillion in new cash to buy back distressed bonds from its banker buddies.

This was not a victimless crime.

My mission has been to help everyday Americans find a way to safely plug this income gap without putting their current lifestyle at risk. It’s the reason why I’ve traveled so extensively and partnered with experts outside my core field of knowledge.

It’s all in an effort to help you claw back the profits and income that’s rightly yours.

Over the last two years, I’ve been vetting a new approach to investing that’s shown to make as much as $12,000 per month.

To put that in perspective, you’d need to put $8 million in government bonds earning 1.8% to equal what this program can do with just a $25,000 account.

Results like these convinced me to take some money out of my crypto investments and commit it to this system.

What I love about this approach is the returns are much quicker than anything else I offer right now. The average holding time in the test was about 20 days with the longest being 77 days and the shortest being three days.

Just how accurate is this approach?

This system has been credited with calling most major moves in the Dow for the past two decades.

It’s got a documented history of making accurate calls in stocks, oil and natural gas, banks, the
U.S. dollar, and commodities.

And in a backtest, it even accurately pinpointed the rise, fall, and rise again of the stock market, even under the most extreme conditions—including The Great Depression and Black Monday in 1987—almost to the day.

In short, it’s the most accurate trading system I’ve ever seen.

For the past few months, my team and I have been beta-testing recommendations with real money on the line… And results have been fantastic with an 80% win rate.

Now, I’ve certainly proven cryptos have the potential to pay off in a big way, but I’ve never been able to guarantee it would happen overnight.

Some of those positions will take years to grow to their full potential. I’m OK with that because the payoffs are life-changing.

But I recognize the power of being able to clear up to $12,000 per month like clockwork is a major game-changer for many people, too. And I can’t wait to share all the details with you.

P.S. If you haven’t signed up for my special broadcast next Wednesday at 8 p.m. ET, you can do so right here. And there’s a good reason why you should…

In addition to learning about my new trading system on Wednesday, you’ll have the chance to claim a free, brand-new special report.

It details the top two strategies that helped me build my fortune… strategies I learned the hard way from my early days on Wall Street, so you won’t ever have to.

On Wednesday, November 13, at 8 pm ET, join former Wall Street trader Teeka Tiwari for this free event. For the first time, you’ll discover how a system developed by a rocket scientist and a former member of the Chicago Board of Trade has been credited with calling most major market moves over the past two decades… What it sees coming next for the gold price could make you an absolute fortune.

Click here to register — and get the full story. 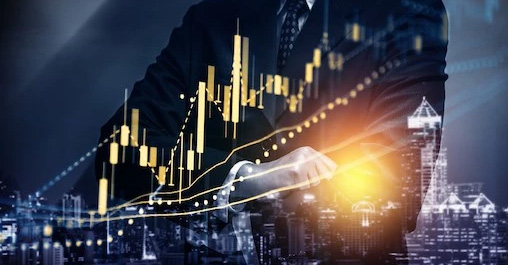