The first three signals failed miserably. But, I’m betting this fourth one sticks.

The VIX generates a broad stock market buy signal when it closes above its upper Bollinger Band, and then drops back down to close inside the bands. On average, we get about three or four buy signals each year. And, in a normal market environment, the track record is quite good.

But, at the risk of stating the obvious, this is not a normal environment. We’ve had a year’s worth of buy signals in less than three weeks.

The first buy signal triggered at the end of February. I was skeptical of that signal – mostly because the market seemed to be playing the same sort of correction we saw in late January. Back then, the VIX generated two buy signals before the stock market hit bottom and started to rally. So, if the late-February/early-March correction stuck to the same script, we’d get a second VIX buy signal before stocks could rally.

That signal failed on Wednesday when the VIX closed, once again above its upper Bollinger Band and setting up the potential for a third VIX buy signal.

I had never seen three VIX buy signals clustered so close together. And, the stock market was so oversold going into Friday that I was anxious to buy in anticipation of a third VIX buy signal when the S&P was trading at 2500.

We got the third signal Friday afternoon when the VIX closed back inside its Bollinger Bands. I was feeling pretty bullish going into the weekend with a rare VIX triple buy signal.

Of course, we all know what happened on Monday. The stock market suffered its largest one-day point loss EVER. Volatility exploded higher again, negating Friday’s buy signal but setting the stage for a fourth one.

I’ve never seen a quadruple VIX buy signal. I don’t know if it’s ever happened before. And, given how remarkably oversold the stock market is, this signal could be forecasting an outrageous upside move.

Of course, skeptics can argue that we’ve had three failed signals in a row. Maybe the buy signals are broken. Maybe it’s different this time.

I suppose that’s possible. This is a different market environment than we’ve seen before.

But, I’m willing to risk it here. The market’s proverbial rubber band is already so stretched to the downside, we’re well overdue for a snap back rally.

So, in this case, I’m betting the fourth time is the charm.

Do you see a rally in sight, or will the market continue to crash?

Send us your thoughts at [email protected].

Your Personal Invitation To “Board” Teeka’s Private Jet (Tonight at 8:00 PM ET)

Tonight, at 8:00 PM ET, Teeka’s flying to a secret location to investigate his top 5 cryptos for 2020. And for the first time ever, YOU’RE invited to join. (And you’ll have a chance to learn their names)

NOTE: These are some of the tiniest cryptos Teeka’s ever recommended. They also have the biggest profit potential… Teeka believes a $500 investment in each could potentially make you $5 million richer, in as little as 10 months from today. Regardless of which way Bitcoin moves next. Or how volatile cryptocurrencies get in 2020. 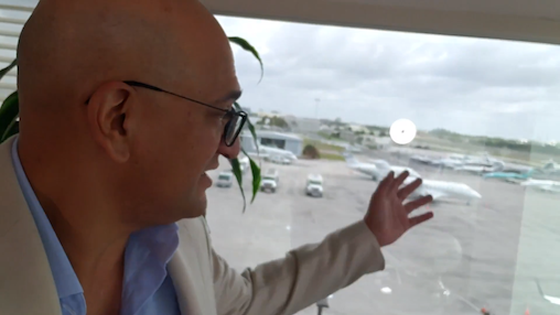