The past four months have been tough for gold stock traders.

It didn’t matter if you were bullish or bearish on the sector. Gold stocks have frustrated both sides. Rallies have been short-lived, with each bounce topping out at a lower level than the previous peak. And, none of the declines have caused the sort of selling pressure that usually creates a good buying opportunity for the gold stocks.

So, the sidelines have been the best place to be for the past few months…

And, at least for the near future, the sidelines still look like the right spot.

GDX peaked in early September. It then fell all the way down near $26 per share. Ever since then, each rally has peaked at a lower level, and each decline has tested the same $26 level as support. This action has created a “descending triangle” pattern on the chart. It’s a bearish pattern that usually breaks to the downside.

There is room inside the pattern for GDX to bounce a bit in the very short term. But, unless GDX can break the pattern of lower highs and close above $27.70 or so, the gold sector has lower to go.

Notice how all of the various moving averages (the squiggly lines on the chart) are in a bearish formation – with the 9-day exponential moving average (EMA) trading below the 20-day EMA, and the 20-day EMA below the 50-day moving average (MA). This condition is going to make it hard for the GDX to mount a sustainable rally. And, if GDX makes another lower high and then turns back down to test the $26 support level again, the odds are high that support will fail this time.

GDX has tested the $26 level five times in the past three months. Each test weakens the support level a bit. It’s like when a person jumps up and down on a frozen lake. Each jump cracks the ice just a bit, until the ice finally breaks.

I suspect the next trip down to $26 will break the ice for GDX. At that point, GDX should quickly drop towards the next support level near $25. And, that move should create the sort of exhaustive, oversold conditions that often mark the bottom of a gold stock correction.

For now… GDX will probably pop a bit higher in the days ahead. But, it will be a short-lived bounce. The gold sector still has lower to go. And, most traders should stay on the sidelines.

Today in the mailbag, subscribers disagree with Jeff’s “insidious thoughts”…

At times a brilliant man, Jeff Clark is carried away by impractical thoughts.

1. His backing on Bitcoin. He has to save readers, not unintentionally push them into a deep river.
2. His prediction that the market would crash on a Monday in October 2019.

He has to curb these insidious thoughts.

Jeff, I’m thinking you are a perma-bear. I can see you thought 3020 on the SPX was the turnaround. Guess what? You got it so wrong.

Do you see the same downside ahead in the market that Jeff does?
Or will the bull market just keep running higher?

Send your thoughts – along with any comments or questions – to [email protected].

For the past 36 years, Jeff Clark has helped people retire wealthy… But he hasn’t done it the usual way.

But his options strategy is different – unlike anything you’ve probably seen before.

Which is why he’s offering his never-before-released blueprint… and a year of his guidance… for just $19. 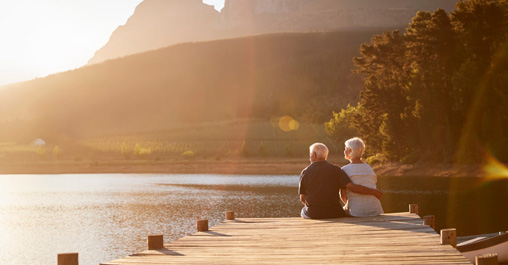