The world of bitcoin has been quiet lately.

The King of the Cryptocurrencies hasn’t been doing much of anything lately. Its price has been stuck between $10,000 and $11,000 per coin for the past few weeks. And that lack of activity has quieted all of the formerly vocal financial TV talking heads.

But, they’re not going to stay quiet for much longer. Bitcoin looks like it’s on the verge of another BIG move. And unlike the big move higher we were looking for back in February, the setup today looks bearish.

We turned bullish on bitcoin back in February, in part because the various moving averages had crossed into a bullish configuration – with the short-term 9-day and 20-day exponential moving averages (EMAs) crossing above the 50-day moving average (MA). This sort of “bullish cross” often occurs just as a chart starts an intermediate-term rally.

And that rally played out quite well – with bitcoin gaining more than 200% in five months.

Now, though, the situation is nearly the exact opposite of what it was in February.

All of the various moving averages have shifted to a bearish configuration. The 9-day and 20-day EMAs have just crossed below the 50-day MA. This sort of “bearish cross” often marks the start of an intermediate-term decline phase.

It doesn’t have to play out that way, of course. If bitcoin can mount a strong rally over the next few days, then that might be enough of a move to get the moving averages to cross back over into a bullish configuration. But, if that is going to happen, then it needs to happen right now.

Where do you think bitcoin is headed, up or down? How have you been trading bitcoin?

Let us know, along with any other trading stories, questions, or comments at [email protected].

For the past 36 years, millionaire trader Jeff Clark’s options strategies have helped everyday people have the chance to retire wealthy.

Which is why Jeff’s now offering his complete Blueprint, and a year of his guidance, for just $19.

That’s right… for a limited time, it’s all yours for less than twenty bucks.

Because Jeff knows that every dollar that you use on his strategies could turn into a windfall in a short amount of time. 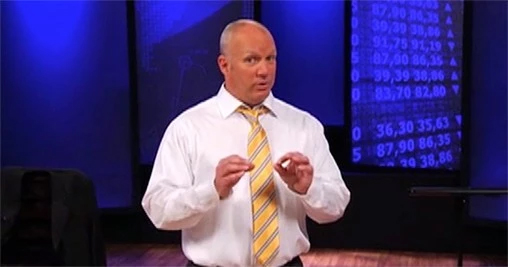