The price of the gooey black stuff has fallen 12% over the past week. It’s down 21% from its April high.

This action has lots of the talking heads on the financial news networks declaring that oil is now in a bear market. They’re looking for lower prices. One prominent analyst said yesterday that he expects a barrel of West Texas Intermediate Crude (WTIC) to trade as low as $40 over the next few weeks.

Don’t count on it.

It’s summertime. Independence Day is less than one month away. And, as any brave soul who has ever rented an RV to take his family on a cross-country road trip during the summer can tell you, oil prices tend to rise going into the Fourth of July.

So, the typical post-Memorial Day selloff in crude oil gives astute traders a chance to buy in anticipation of the typical pre-Independence Day rally.

The strategy sure worked well last year. Take a look at how the United States Oil Fund (USO) – an exchange-traded fund that tracks the price of oil – behaved last summer…

Traders could have purchased USO in early June for about $13.20 share. It was trading above $15 by the end of the month. That’s a 13% gain in just over three weeks.

It looks to me like oil is setting up for a similar move this year. Here’s the current, six-month chart of USO… 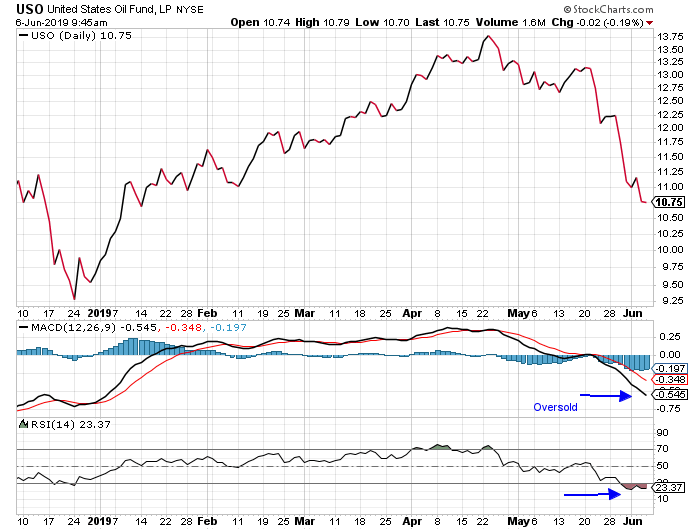 Following the typical post-Memorial Day decline, USO is now quite oversold. The MACD and RSI momentum indicators are more oversold than at any time since last December – just before USO bottomed and then rallied 19% in about two weeks.

It’s hard to imagine a big decline from here, with the technical indicators in such an oversold condition. And, with Independence Day less than one month away, aggressive traders should probably use any short-term weakness in the price of oil as a chance to buy.

The price of oil should be higher three weeks from now than where it is today.

I just joined Jeff Clark Trader last month, with a lifetime subscription. Today, I closed out the call option you recommended for a 150% gain in less than three weeks.

I was able to get in a $0.60 and sold for $1.50. I started small. One more trade like this I will have paid for my lifetime subscription. Thanks, and keep up the great work!

I bought four contracts at $283.61 and sold half my position today at $324.00. That is the first time I made a profit in a long time. Thank you, Jeff. If this continues, I will be able to make even better profits soon.

Great… got in at $0.49 and sold half. That’s better than 100%… waiting on the second half now… I like your way of thinking. Everything is in the detail and you’re a good man. Pay attention, everybody.

How do you plan on trading oil? What other sectors are you following?

Let us know, along with any other trading questions, suggestions, or stories at [email protected].

This Will Change the World…

Few people are as tapped in to Silicon Valley as Jeff Brown. As an angel investor, he’s put his money into 111 early stage tech companies… 95.3% were successful.

Now, he’s agreed to pull back the curtain on four early-stage technologies that will change the world… On Wednesday, June 12 at 8 p.m. ET, Jeff will reveal all the details during his first-ever “Early-Stage Tech Summit.”

He’ll also reveal the four small-cap tech companies that have the potential to 10x your money over time. You can attend, for free, by reserving your spot here. 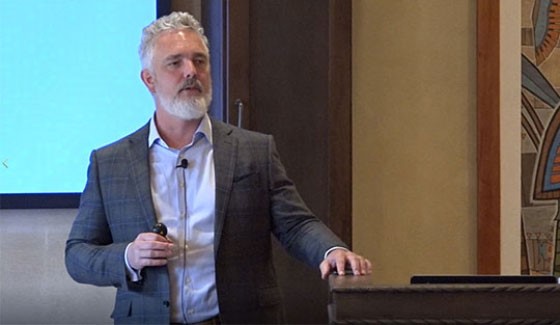