Mike’s note: All eyes in the investment world are on the biotech companies racing to make a COVID-19 vaccine. But, according to my colleague and tech stock expert Jeff Brown, they’re missing the forest for the trees…

You see, there’s a new type of medical technology that nobody’s really talking about right now. Its growth could far outpace that of these “vaccine candidate” companies… And, in short time, the FDA may make a decision that could send the share price of a specific company soaring. (Jeff Brown even says it makes the 2017 crypto bubble look tame in comparison.)

Read on to hear why he believes this rapidly advancing technology could potentially cure rare diseases, and even lower healthcare costs… Plus, click here to grab a seat for Jeff’s free upcoming biotech masterclass…

As a baby, she would lie limp in her parents’ arms, staring blankly into the distance.

Her seizures wouldn’t stop. Medical tests showed signs of liver damage. This was all before her second birthday.

Grace’s parents were beside themselves, as any parent would be. They traveled the country visit­ing specialists. They ran numerous tests, but no one could diagnose Grace’s condition.

None of them could provide an explanation.

Then, when their daughter turned two years old, the Wilseys tried something else. They had Grace’s entire genome sequenced.

A genome is an organism’s complete set of DNA, including all of its genes. “Genome sequencing” is the process of determining the complete DNA sequence. Think of it like creating a “genetic roadmap,” a complete blueprint of an organism’s genetic material.

What the test showed was astounding…

Grace Wilsey had a condition known as NGLY1 deficiency. In short, the little girl’s NGLY1 genes were mutated. They were like typos in her genet­ic makeup.

One of the gene mutations prevented the little girl from producing tears. At the time, the disor­der was so rare that only six people in the entire world had been diagnosed with it.

Now that the underlying cause is well understood, no time is wasted. Specific therapies can be developed to deal with this unusual genetic mutation.

The story I told you above is just one of millions. An estimated 280 million people suffer from a rare genetic disease. Many of them often live their lives undiagnosed.

But there is hope on the horizon.

The method that the Wilsey family used, genome sequencing, is experiencing exponential growth.

The cost of sequencing a human genome has plummeted. The speed of the sequencing tech­nology has grown exponentially.

And thanks to breakthroughs in genetic editing technology, we are on the verge of a complete transformation in medical care.

Thanks to this technology, a disease that was previously untreatable can be cured permanently.

And because of this tech, living to 100 and beyond will be the norm, not the exception. And we’ll experience a better quality of life along the way.

Imagine hiking the Grand Canyon for your 100th birthday. Or perhaps playing a round of golf at 110.

This is the future I see. And it presents one of the best investment opportunities of our lifetimes.

The Rise of Personalized Medicine

Today, most of us wait until we present symptoms of a disease before seeking treatment.

And if we get sick, we typically use a “one size fits all” approach to treat the disease. Currently, many treatments just address the symptoms, not the underlying causes.

That’s because scientists haven’t had the tools needed to cure the diseases permanently.

In many ways, our health care strategies are mostly reactionary.

But that’s about to change…

Right now, the world is witnessing the rise of personalized medicine.

Thanks to genetic sequencing, we can now spot disease years or even decades before symptoms present themselves.

And with genetic editing technology, we can literally “edit” the disease out of our body, curing us permanently.

Thanks to these technologies, health care will be personalized for our specific genetic makeup.

As a result, human beings will live well past a century. And we’ll be healthier and more active in our “golden years.”

And this technology isn’t years away. It’s available right now. And it is becoming very affordable.

Bringing Precision Medicine to the Masses

As I said above, genetic sequencing is the technology that allows us to sequence – or “blueprint” – our DNA.

The first full human genome sequencing was completed by Dr. Craig Venter and his team at Celera Genomics in 2001.

But as recently as late 2019, the price tag to sequence a full genome fell below $1,000, an exponential decline.

In the chart above, we can see that the cost to sequence a human genome has declined far faster than Moore’s Law.

Moore’s Law is the “gold standard” for exponential growth in technology. For a technology to outpace Moore’s Law like this is simply incredible.

And the cost to sequence an entire genome is continuing to fall.

More recently, the cost has been around $600, with a couple of companies offering the service for around $400.

And earlier this year, Chinese genetic sequencing company BGI Group announced that it can deliver full genome sequencing for a mere $100.

Back in 2017, UnitedHealthcare began covering “whole-exome sequencing for patients where clinical presentation is nonspecific and does not fit a well-defined syndrome.”

In other words, if a physician knows something is wrong but can’t figure out what it is, UnitedHealthcare would pay to have the patient’s whole-exome sequenced.

And in March of this year, Blue Shield of California began covering rapid and ultra-rapid whole genome sequencing for critically ill children. That’s right. We can even protect babies with this technology.

Imagine the consequences of this technology…

Doctors will no longer have to make educated guesses when patients come in sick. Instead, they can run genetic tests and determine with certainty whether a patient’s illness is the result of a genetic condition.

That means patients will no longer have to suffer the trial-and-error process.

And we’ll see health care costs plummet. That’s because it will no longer be necessary to run extensive tests, searching for the problem, and have patients try out different drugs, looking for what works.

Instead, full genome sequencing will provide the answers.

We should all celebrate this technology. It will help us live longer, healthier lives.

And for us as investors, it marks a once-in-a-generation opportunity.

We are at the very beginning of a years-long biotech bull market.

I believe the level of awareness for biotech among investors will rival that of the cryptocurrency boom in 2017.

The returns we will see from quality biotech companies will create lasting, generational wealth.

For investors, the time to get exposure to quality biotechnology stocks is now. Right now.

That’s why I’m hosting a free biotechnology masterclass on August 5 at 8 p.m. ET.

During this free event, I’ll take you to the epicenter of biotech innovation: Cambridge Massachusetts, home of MIT.

And I’ll also reveal details about a little-known biotech stock with blockbuster potential. I believe this stock could soar up to 1,000% in as little as one day.

If investors only ever buy one biotech stock, it needs to be this one.

Click here to reserve your spot for the event.

The end of Capitalism as we know it?

A Maryland multimillionaire explains how a new moneymaking era is erupting in America, making many rich – while leaving so many behind… 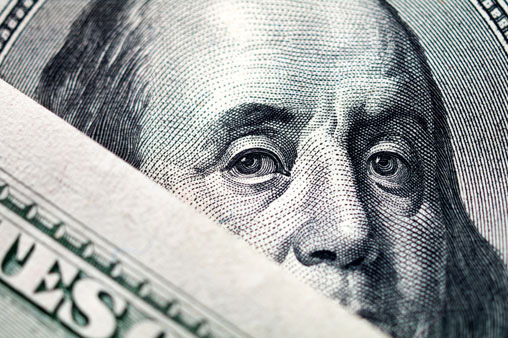