The bulls are running wild again.

The S&P 500 hit a new high on Monday. The Dow Jones Industrial Average is within spitting distance of 30,000. The tech-heavy Nasdaq is leading the way again. And, we’ve just entered a strong seasonally bullish period for stocks.

So, it’s no wonder the bulls are dancing in the streets.

But, like a chaperone at a Catholic high school prom, someone needs to walk around the dance floor with a ruler and remind the partiers to maintain a safe distance. For today, I guess that’ll be me.

On Monday, we noted the Volatility Index (VIX) was approaching its lower Bollinger Band (BB). And, that probably meant the market was due for at least a short-term pause in the current rally phase. Now though, I’m starting to think we might be in for something more onerous than a mere pause.

The warning signs are starting to flash…

The most recent American Association of Individual Investors (AAII) survey showed more than 55% of respondents had turned bullish on the stock market, while just 25% were bearish. That’s the largest number of bulls since mid-January 2018.

The CBOE Put/Call ratio – another reliable contrarian indicator – closed at just 0.73 on Monday. Traders were buying vastly more call options than put options. And, as we’ve frequently pointed out, any reading below 0.80 is a sign of excessive optimism.

And, we also have a warning from the McClellan Oscillator for the NYSE (NYMO). The NYMO helps to measure overbought and oversold conditions. Readings above 60 indicate an overbought market. Readings below -60 tell us things are oversold.

At the end of October, just as we got a VIX buy signal for the market, the NYMO closed at -79. That oversold condition helped fuel the strong rally over the past two weeks.

On Monday, though, just as the VIX was approaching its lower BB, the NYMO closed above 67. It’s certainly possible this overbought condition might help fuel a stock market pullback in the coming days.

Of course, nothing is ever guaranteed in the stock market. We’ve seen the market rally in the face of flashing caution signs before. So, I’m not suggesting traders should sell everything and run to cash.

But, there’s no harm in being a little careful here. We’ll likely have a better chance to put fresh money to work in a week, or two.

Do you agree with Jeff on being cautious and heeding the “warning signs”? Or are you one of the bulls dancing in the streets?

Let us know which way you’re leaning towards, and why, at [email protected]

“I used this secret to quit my job and retire at age 42 – I never have to worry about money again.” – Jeff Clark

Find out how right here. 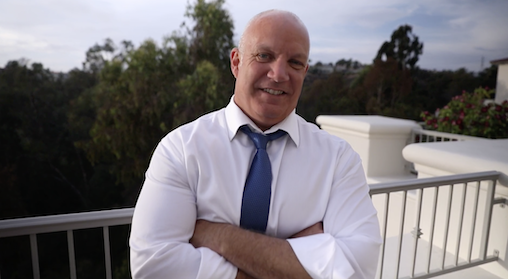