The financial sector is gearing up for a big move.

The broad stock market has been rallying straight up for the past month. The S&P 500, for example, is up 5% since mid-December. That’s a pretty spectacular one-month gain. And, most sectors have enjoyed the party…

Except for financial stocks.

The Financial Select Sector SPDR Fund (XLF) closed at $30.83 per share on December 17. It closed at $30.94 yesterday. In other words, during a huge rally in the broad stock market, financial stocks have done nothing.

This is particularly odd because financial stocks tend to lead the broad stock market.

Bearish traders can point to the lagging action in the banks and brokerage stocks as a caution sign. Bullish traders might argue the financial sector is set to play “catch-up” and fuel the next stage of the market rally.

We’ll know soon enough. The chart of XLF is set up for a really big move. Take a look…

This chart shows the action in XLF plotted along with its Bollinger Bands (the solid blue line in the chart). Notice how the bands are pinching together. This tells us that energy is building for a big move in the financial sector – in one direction or the other.

The blue arrows point to previous times when the bands contracted. Sometimes the ensuing move was higher. Sometimes it was lower. There’s not much consistency to the move – except that it was always a BIG move.

The financial sector is on the verge of one of those big moves right now. There’s no way to tell which way the sector will break. All we know for sure is that it will be a BIG break.

And, since the financial sector tends to lead the market, traders should pay attention to the direction in which this chart breaks. An upside breakout will be bullish and will likely fuel another leg higher for the broad stock market.

On the other hand, a downside break will be bearish… and likely usher in the elusive decline I’ve been warning about for the past few weeks.

Hence a movie theater that is typically less busy on a Tuesday evening (or in the middle of a weekday) may offer lower rates at those times, bringing in larger numbers of lower income/unemployed people, pensioners, or students, than if they maintained a one-price-fits-all strategy.

This might also go a long way towards explaining why the U.S. has trouble paying for its expenditures than it did some half-century ago. During America’s heyday, it and most other developed countries of the world, had much steeper progressive taxes than they do now.

Jeff’s article on Social Security uses the example of starting to receive benefits at age 62. That means you take a 40% hit for not waiting until age 66 for full benefits. When it was my turn, at age 66, I did the math to see how much more I would get at age 70 (versus 66).

So, I took it at age 66 and started using the money and enjoying it much sooner. Plus, I put in a solar system on my rooftop and did other home improvements that helped me save money every month.

We also hear from Jeff Clark Trader subscriber Sandra, who replies to a recent Mailbag comment…

I would rather trust a mom-and-pop insurance company than the U.S. government. The U.S. government is broke and bankrupt – a shell of its former self. I wouldn’t buy an annuity, given a choice, but would have invested my funds to produce income, or perhaps invested in the next generation, my education, their education, or some other thing of future Social Security value, like world peace.

If politicized central planning by the U.S. government is such a good idea, why does it have to use force? To quote someone who knows (Rep. Ron Paul), “The checks will never stop coming, but they won’t buy a loaf of bread.”

Here’s a poll I would like to see taken: If Social Security were optional, how many people would have chosen to opt-out? I would have opted out.

Thanks for the insightful question, Gary.

Readers… Given the choice to stay-in or opt-out of Social Security, what would you choose and why?

We’d love to know. Write us at [email protected].

Every wireless rollout – from 2G to 4G – had a “Master Key” to unlock it for everyday use.

These “Master Keys” made individuals rich.

(Company got bought by Nokia before it surged higher)

One tiny company is about to roll out the “5G Master Key” to take 5G technology nationwide. 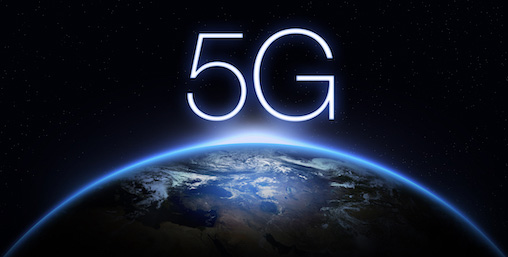