The Volatility Index (VIX) is sending another warning sign.

After peaking above 80 during the March decline in the stock market, the VIX has steadily declined over the past several weeks.

But, it’s approaching its lower Bollinger Band (BB). It’s likely to find support here and bounce. And, a bounce in the VIX usually goes along with a quick decline in the broad stock market.

Take a look at this updated chart of the VIX…

Longtime readers know the VIX generates a broad stock market “sell” signal when it drops below its lower Bollinger Band, and then closes back above it. But sell signals are rare. We only get about one or two each year.

During periods of heightened volatility – like we’re experiencing right now – it’s far more common for the VIX to bounce off of its lower Bollinger Band. And that bounce usually goes along with a quick decline in the broad stock market.

For example, in early April we pointed out the potential for a bounce in the VIX. The S&P 500 lost nearly 100 points over the next two trading days.

The VIX also bounced off its lower Bollinger Band in late April. That bounce went along with a 150-point decline in the S&P over the next week.

There are two ways to go from here, and both are bearish…

If the VIX continues to decline, then it will dip below its lower BB. Once that happens, we’ll get a broad stock market sell signal when the VIX closes back inside the bands.

Alternatively, the VIX could find support right here and start to bounce. That bounce will likely correspond to a quick decline in the broad stock market.

Either way… with the VIX in its current position, the market is setting up for at least a short-term decline.

In today’s mailbag, a few subscribers thank Jeff for his profitable trade recommendations…

My first option trade made a 90% gain in three days… thanks, Jeff!

Hi Jeff, I jumped in and bought one of your trade suggestions. I made a 100% gain in a few days. Thanks again!

And two subscribers write in about Jeff’s Protégé Program…

Thanks Jeff, I paid for the Alliance program for one reason: You are one of the few I trust in this field. I’ve followed you for many years, and I’m always impressed by you. You’re honest and no bullsh*t – stay that way! I consider this a really worthy investment. All the best.

Jeff, so far, I’m very pleased with my subscriptions. I started out in early February with the Jeff Clark Trader subscription, and then upgraded to the lifetime membership, which has already paid for itself almost four times over.

I just opted into the Delta Report last week with a lifetime subscription as well. I’ve already made a couple of nice gains in the bank based on your trade recommendations. I sold half last Friday for 85% gain and sold the rest today for about 160% gain.

I would love to do the Protégé program, but I just don’t have the spare cash
right now. Once I have the Delta Report subscription paid back, I would possibly be interested. Hopefully, it’ll still be available. Thanks for the great trades so far.

Coronavirus Will End, But… America’s Financial Repression Is Just Beginning

Chances are, the coronavirus won’t be the end of humanity. But one former insider says…

The Fed’s reaction could soon mark the “end of retirement.”

The Feds just unleashed “unlimited” money printing… and now, $10 trillion is set to flood into the economy.

The unprecedented $2.2 trillion response to the COVID-19 shutdown allows politicians to look like they are “doing something.” But if printing money could actually make people better off…

Venezuela and Zimbabwe would be the wealthiest places on earth.

Dan Denning – a former congressional staffer – says all this “free money” is guaranteed to make things much worse. Especially if you have money saved for retirement.

In fact, Denning famously predicted this outcome three years ago. At the time, it seemed a bit crazy – so few people listened. Now, his prophecy is impossible to ignore.

If you have any cash set aside in the bank or a money market account, it’s critical you pay close attention to what he has to say, before it’s too late. 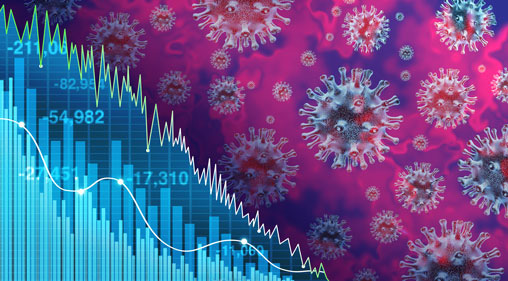