Mike’s note: In just three hours, Jeff will put on a live training session with his son Carson from their California home… And see if he’s able to double his money with a single trade, using his father’s advice.

But before it airs, Jeff wanted to share a personal story about why he’s doing this presentation in the first place. I’ll just leave it at that and let the essay below speak for itself.

If you haven’t yet signed up for the event, you can do so right here – and secure your free trade recommendation during tonight’s broadcast. I’ll be tuned in at 8 p.m. ET, and I hope you are too.

In the final trading days of 2018, I had a chance encounter with my son Carson on our living room couch… at one o’clock in the morning.

He actually slept there the previous night to make sure he’d get the chance to talk to me before I disappeared into my office for the day.

You see, he was worried about me. The market was practically in free fall for that whole month… So, I was spending more and more time in my office, trading… and often frustrated.

This reminded Carson of how things were in 2008… and the devastating impact it had on so many lives – including those close to us. (If you’re interested, you can read the whole story here.)

Thinking back on it now, Carson taught me two simple but powerful things that night. You probably won’t hear either of them from any newsletter writer.

One… money isn’t everything. And two… the market isn’t going anywhere.

You don’t need to develop an obsession with trading the markets to become a successful trader. And really, if you value your mental health, you shouldn’t.

It doesn’t have to be so difficult. You don’t have to run around frantically trying to capture every move in the market. I’ve found that by placing just one smart, high-odds bet per week, you can do quite well as a trader – without sacrificing the rest of your life.

The financial markets are always open. And there are always opportunities to profit. So, there’s really no need to devote your whole existence to making money.

Money is the servant. If we allow it to become the master, then we lose sight of our real purpose for being here.

Whether you’re rich, poor, or somewhere in between… money is only a tool that can bring about happiness if you use it effectively.

Simply having a bunch of money doesn’t lead to happiness. There are plenty of rich people who are lonely and miserable. There are also lots of folks who don’t have as much money as they’d like, but are happy and fulfilled.

When Carson and I had our talk on the couch back in late 2018, I was reminded of how important this mindset is. It’s shaped my trading approach for the past two years, and has allowed me to spend more time with my family. (I’m getting a lot more sleep, too.)

I also realized that I had a chance to set Carson on a path toward lasting happiness, satisfaction, and a healthy approach to making money.

By now you’ve heard all about the event we’re putting on in a few short hours. I’m going to sit down with Carson at our kitchen table, give him a crash course on trading, and challenge him to double his money on a single trade.

But, before we get started, I wanted to show you where this idea came from. It wasn’t me… It was Carson, and our talk that night in December 2018. It was his reminder that the most important thing in life isn’t the markets or making money in them.

No… the most important thing is to pursue happiness, however you define it. Trading the markets is just one of many different paths towards that goal.

My mission with tonight’s event is to show Carson (and you) why I chose this path, how I made it work, and how you can too. I hope you can join us.

You could have doubled your money 6 times this year if you’d seen his crash warning in February and followed his technique.

You could have doubled your money 10 times in 2008 if you’d seen his crash warning that year and followed his technique.

Now, for the first time ever…

He’s sharing a startling new announcement. And this time… he’s going to prove it using his own 18-year-old son. 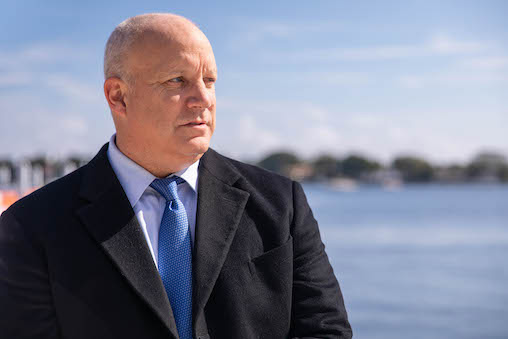