Jeff’s note: Tomorrow’s finally the day many of my readers have been waiting for…

As me and my family have spent the summer indoors at our California home, my 18-year-old son Carson has taken a deep interest into how I’m able to trade the markets for a living. So, tomorrow at 8 p.m. ET, I’ll be sitting down with him to teach him my trading technique. But most importantly, I want him to know that it isn’t just about placing the right bets on the right stocks. Trading involves something much more tactful…

Read on to see exactly what I mean, and how this important thought process has allowed me to become, and stay, a successful trader.

Before you read on, though, click here to secure your seat so you can watch Carson attempt to double his money tomorrow…

I’ve always argued to my customer service representatives that, while I love getting positive feedback (because it’s motivational and inspires me to work even harder for the benefit of my subscribers), the negative feedback provides a greater opportunity for me to better educate readers.

But there’s one type of feedback I get every so often that I feel I should comment on… Especially because it fits with something completely different I’m doing next week.

Some subscribers have written to me saying that if I was really that good at what I do, then I would just trade for a living rather than sell a newsletter.

I have to tell you; I make FAR MORE money trading every year than I will EVER make in the newsletter business.

When I closed my brokerage firm on September 30, 2007 – which should earn the “market timer of the century” award – I didn’t want to fall into the trap that so many other previously successful traders fell into. They left the trading business, retired, and figured they’d spend the rest of their days trading their own money.

But, they discounted the value of “accountability.”

When they were trading other people’s money, they performed rigorous research. They had to explain the rationale behind their trades. And they were held accountable for their mistakes.

When these traders retired, accountability went out the window. And, so did their success.

Instead of rigorously following the markets, these traders would put on their positions and then spend the rest of the day on the golf course, or in restaurants and bars. It was just their own money, after all. They weren’t handling other folks’ funds anymore. They figured that if they took a loss on a trade, they could easily make it back up.

You can guess what happened to most of these traders.

They lost the “edge” that made them successful traders. They stopped doing the research, performing the work, and sticking to the discipline that made them consistently profitable. And they ended up blowing their accounts.

I didn’t want to do that.

So, when I retired from running my own brokerage firm in 2007, I focused my energy on my newsletter business.

I’m accountable for every trade I recommend. It doesn’t matter if it’s a recommendation with a complete write-up or a quick “scalp” trade that I recommend in my blog. I know subscribers are putting their hard-earned money behind my advice. And I take that responsibility VERY seriously.

It’s that seriousness that forces me to delve into the details of the trade, and to perform the rigorous research that I used to provide to the clients of my brokerage firm. And it’s that sort of research that helps me maintain my “edge” in my own trading account.

Make no mistake… This isn’t a selfless endeavor.

Yes, I hope folks can profit off of my advice. And, I want to share my best trading ideas with as many people as possible. But, if you want to boil it down to the lowest common denominator…

The reason I write a trading newsletter is because it keeps me sharp. It keeps me accountable to the value of my research. And, it helps me maintain my edge as a trader.

I always give my best ideas to readers… but I still make a lot of money trading stocks and options. Much of that success is spun off from the discipline I have to instill by recommending trades to subscribers. I work as hard as I possibly can to make sure you can profit off of my advice.

It doesn’t always work out that way. But, if I thought for one moment that my trading ideas were causing more harm than good, then I’d gladly retire and spend the rest of my days lying on a hammock. I’ve made far more money than I – or more importantly, my wife – could ever spend.

For me, trading is a passion. I look forward to every day I have a chance to profit in the stock market. And, I want to share that passion with as many people as possible because it makes me a better trader.

To prove it to you, I’m going to be giving the same advice I’ve given to my readers for years… to my own flesh and blood – my son, Carson.

I’m going to give him a crash course in trading next Wednesday at 8 p.m. ET, and broadcast it live. Then, he’ll take everything he learns from our lesson, and make an option trade entirely on his own with $1,000 he made from landscaping work in our neighborhood last year.

Most importantly… It will be his decision. And, if the trade doesn’t work out, I won’t be bailing him out.

I’m confident he’ll pull it off. And if you want to see his attempt, be sure to sign up for your seat right here.

P.S. In fact, a lot of what’s been keeping me sharp lately is Carson’s newfound interest in what I do.

On Wednesday, August 26 at 8 p.m. ET, I’ll be sharing my technique with Carson, and he’ll try to double his money on a short-term trade. He’s never done this before – and he knows the risk of putting his own hard-earned savings on the line… with no chance of me bailing him out if he fails, either.

At the event, I’ll also be giving you a free trade recommendation – so you can try my technique out for yourself. Sign up here.

Get ready for an “aftershock” of March crash

The man who predicted the 2020 crash… the 2008 crash… and the 2011 gold crash… now warns the coming months could either make you a fortune, or victim to the worst one-day decline since March 16.

“Most people will never see it coming,” he says. 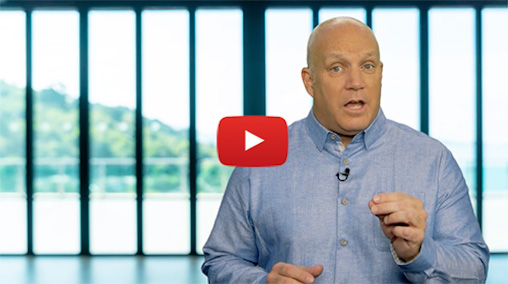