Natural gas looks set up for another rally.

The last time we called for a rally in natural gas was back in February. We were looking for a springtime rally. And, as is often the case, we were early on that call.

But, seasonal strength eventually showed up and the price of natural gas finished April about 10% higher than where it was in February.

Since then, the price has come back down again. And, we now have the potential for another rally…

This chart has formed a “consolidating triangle” pattern. This happens as an asset’s price makes a series of higher lows and lower highs. And it often leads to a large move in one direction or the other.

Natural gas is approaching the apex of its triangle pattern. All of the various moving averages are coiled together. So, there’s plenty of energy to fuel a big move. And, that move is likely to get started within the next few days.

My bet is natural gas is headed higher.

The price of natural gas often makes a short-term bottom in June. The price starts to creep higher in anticipation of colder weather in the fall and winter months.

If natural gas can break out above the resistance line of its consolidating triangle pattern (at about $1.81), then there’s no real resistance until it gets to the early-May high of about $2.11.

That would be a gain of nearly 20% based on Wednesday’s closing price.

Regarding Delta Direct: I want to thank Jeff Clark for his daily, or sometimes more frequent, postings. An absolute treasure of information that I look forward to every morning. Please thank him with much appreciation.

Hi Jeff, my first trade was a great success. In May I bought a put at $1.74. Then this morning, I immediately entered an order to sell half at $3.48 shortly after the market opened. After seeing your email, a couple of weeks ago, I sold the other half at $3.20 and made 92% profit. Let’s do it again. Thanks.

I currently subscribe to Jeff Clark Trader. I made a really great return of 60% based on Jeff’s last recommendation, and I’m looking forward to the next trade recommendation.

I hope that Jeff’s services really give me great direction. There’s lots of services out there and I’m looking to expand. I just need some indication that I have the right one.

And Charles expresses his opinion on the recent market rally…

With a pandemic raging, 105,000 people dead, violent protesting in all of our major cities, and unemployment equal to the Great Depression, one would have to be aware that the country is in critical condition. Yet the market goes up day after day? To me that spells manipulation.

Do you sense any kind of manipulation in the markets? Why or why not? Let us know at [email protected].

This has never returned less than 400% over 4 years

Something big is happening in America… and almost no one is paying attention. A completely misunderstood asset is transforming our world–and making people rich (Barron’s estimates at least 20,000 people). A multimillionaire has written a fascinating analysis, and posted it free on his website here… 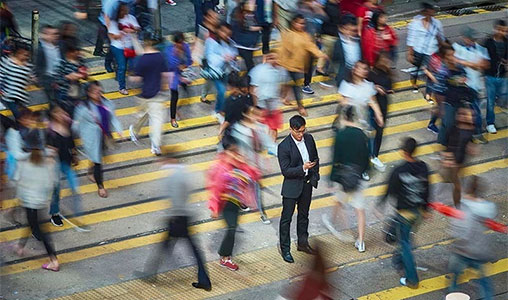