Mike’s Note: For the past week, we’ve featured Jeff Brown’s insights on the 5G wireless network rollout. Thanks to his direct connection to Silicon Valley’s inner circle, and his decades of experience in the technology sector, Jeff’s able to uncover big tech news before it hits the mainstream media.

Yesterday, he showed us why this tech isn’t just an investment megatrend, but a “winner-take-all economic struggle.”

Read on below as Jeff continues to dive into why deploying this technology is a must-win race for the U.S… and a smart move for our national security…

In the summer of 2018, Boston-based cybersecurity firm Cybereason discovered something troubling…

The company exposed a massive international espionage campaign that had hacked into at least 10 major wireless carriers.

The hackers wanted to track around 20 high-profile political and military figures – including monitoring their phone calls, texts, and physical locations. It’s something right out of a spy movie.

This campaign (called Operation Soft Cell) had been going on for years. And based on the data, it appeared to be a nation-state attack – by China.

Now, Cybereason didn’t release the identities of the targets. It’s too dangerous. And while we don’t know for sure, prominent Western targets are a safe bet.

But all this info was revealed to key U.S. government officials around the same time they started banning 5G tech and networking equipment from China’s Huawei and ZTE.

And today, I’ll share why the ban was a smart move for our national security – and what it means for investors…

The Next Generation of Wireless Tech

You see, I’ve been tracking the 5G space very closely. It’s the next evolution of wireless networks. And these new networks are going live on a weekly – and sometimes, daily – basis.

On average, 5G will deliver mobile speeds 100 times faster than the 4G networks we connect to today. And having the fastest possible communications network on the planet is critical for economic growth and strength…

Consider this: The economic impact of 5G will be in the range of three to five times more than the 4G wireless buildout.

With 5G, as much as $275 billion will be invested by U.S. wireless carriers. Roughly three million jobs will be created in the U.S. And we can expect approximately $500 billion in GDP growth, too.

At an industry level, expect $200 billion invested per year through 2025.

So it’s no wonder President Trump is eager to push the 5G wireless buildout forward.

In fact, early last year, the current administration “threatened” to build out its own national 5G network if wireless carriers couldn’t get it done. And my suspicion is that it was a warning.

The White House was saying, “Get out there and build these 5G networks quickly – or we’ll do it for you.” It was lighting a fire under private companies involved in the 5G buildout.

Now, some of us might be thinking that this early 5G coverage launch in D.C. isn’t a coincidence. And we’d be absolutely right…

Putting 5G tech in the hands of busy policymakers demonstrates progress. After all, the president has made his intentions on 5G very clear. In April, he said:

The race to 5G is a race America must win, and it’s a race, frankly, that our great companies are now involved in. We’ve given them the incentive they need. It’s a race that we will win.

Here’s what I mean by that: Countries leading the way in deploying 5G networks will have a competitive advantage over others.

And the tech companies in these “first-mover” countries will be the first to develop the hardware and software enabling these 5G wireless services.

Now, the fear is that China will set the 5G precedent. It’d leave America dependent on Chinese 5G infrastructure. The U.S. would be vulnerable to further cyber-spying.

That’s why Cybereason’s discovery of Operation Soft Cell was alarming. And it’s why the government further determined equipment from Huawei and ZTE was a security threat.

Now, given the scale and origin of the operation, the ban looks like a smart move.

Plus, the president is now insistent on getting America’s 5G networks built out quickly – by American and European firms.

And for investors, here’s the bottom line…

Behind the scenes, the world’s top superpowers – the U.S. and China – are waging a war for 5G supremacy.

So 5G is an unstoppable trend. And companies providing the necessary tech for these 5G networks will benefit.

It was instrumental in the 4G buildout that started in 2011. And it’s also heavily involved in erecting and maintaining the towers used in the 5G buildout.

Right now, investors should be looking at companies like American Tower that provide critical network infrastructure. These key 5G stocks will soar.

Keep this trend on your radar. I expect 5G to be the best investing opportunity of the next decade.

P.S. Investors who miss the 5G boom will regret it for the rest of their lives. I expect key 5G stocks to soar as much as 10x – perhaps higher. 99% of investors will miss this chance. I encourage you not to be one of them.

That’s why I’m hosting the 5G Investment Summit tonight at 8 p.m. ET. I’ll reveal my stock-picking method for finding the fastest-moving 5G stocks. I’ll even give you the name of my No. 1 5G company to add to your watchlist.

I haven’t revealed this research anywhere else. And the only way to claim it is by signing up right here.

Bill Gates: “This Technology Will Be Worth 10 Microsofts”

Bill Gates – together with a few other billionaires – recently invested in a controversial new technology.

He’s on record as saying this technology will be worth 10 Microsofts.

PricewaterhouseCoopers predicts it will create a $15 trillion fortune for early adopters and investors.

If you’re looking to strike it rich in tech stocks… this is THE technology to have on your radar right now. 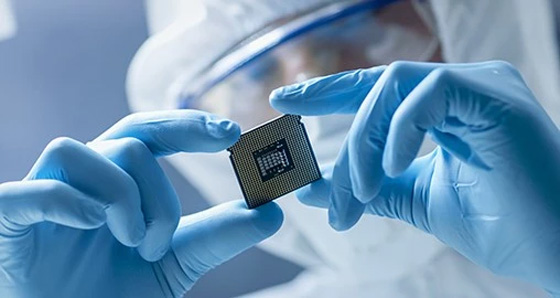