For almost four decades, Jeff Clark has made his fortune… and cemented his legacy… by learning the secret to trading options profitably and consistently. But at the start of 2019, Jeff began observing an unusual phenomenon in the small-cap stock market. He realized that he could reap options-like gains from the market – just from trading stocks.

He quickly developed a system and began testing it using his own money. As Jeff says himself, it almost seemed too good to be true. Trade after trade, using one simple method, Jeff was able to profit off big, foreseeable moves in a certain group of stocks. And once he was sure it would produce the same results for his readers, he launched a new product to help them take advantage.

In The Breakout Alert, Jeff Clark looks to profit on explosive, imminent upside moves in the small-cap stock market. Using a specific signal that foretells big stock breakouts, Jeff offers readers the chance to multiply their investments in a matter of months… or less.

Previous
Back to Our Products
Next 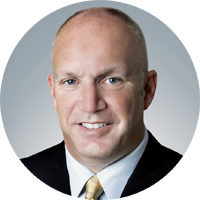 Jeff Clark is the editor of the several investment advisories which focus on profiting from options in any market environment.

To find out more about this service, click below.