You remember January, don’t you? That was when the stock market spent the first half of the month pressing higher every day as investors chased stocks higher into overbought conditions.

Financial television talking heads warned, “You better get on board now or else risk missing out.” And, they openly ridiculed anyone who dared to preach caution.

Of course, those conditions set the stage for the decline in January’s second half. The S&P 500 fell hard, giving back all of the gains earned in 2020, and testing its 50-day moving average (MA) line for the first time since October.

That decline in late January was enough to shift investor sentiment from bullish to bearish. It corrected the overbought conditions. And, it gave patient investors a lower-risk chance to put money to work.

February has been a remarkable month so far. At yesterday’s high (3390), the S&P was up nearly 5% in less than three weeks. That’s a stronger rally than what we saw in early January.

Stocks seem to be moving higher just about every day. Investors, ignoring overbought conditions and multiple warning signs, are chasing stocks higher. They’re more afraid of missing out on gains than of suffering through a decline. And the financial television talking heads are bathing in smugness once again.

The stock market doesn’t usually play out the exact same script two months in a row. But, this stock market has done a lot of unusual things lately. So, we should be ready for anything. And, if we’re going to replay January, then we’re setting up for a rough move next week.

All of the technical momentum indicators (if you need a refresher, go here to get my free guide on technical analysis) at the bottom of the chart are showing negative divergence. As the S&P 500 has rallied to new highs, the indicators are all at lower highs. This sort of “negative divergence” is often an early warning sign that a rally is about to end.

The selloff in January kicked into gear after the S&P 500 dropped below its 9-day exponential moving average (EMA) line. The index then dropped and tested the 50-day MA as support.

The S&P 500 closed yesterday just above its 9-day EMA. A close below that level will signal the end of the recent rally. And, if it leads to a test of the 50-day MA, then we could be in for a pretty good selloff over the next several sessions.

P.S. If you missed my colleague and currency trading genius, Andy Krieger’s webinar last night, click here to find out what he says will be the biggest disruption to the market this year.

He’ll explain how you can trade this event, making up to 30 times your initial investment… And, how if you do nothing, you might lose all of your profits from the last decade.

This won’t be up forever, so be sure to watch – you don’t want to miss this.

Today in the mailbag, we hear from Delta Report members Terrence and John in regard to Jeff’s touching essay about his wife…

Jeff, what a moving tribute to your wife. You certainly know how to express yourself in words. Way to go! I’m sure she feels the same way about you. God bless you and your family.

Jeff I love the periodic personal tributes you create from time-to-time and share with the community. Thank you for inviting us in to be a part of it. Don’t you let yourself sleep in when the market is closed? 3:32am! I hope my friend gets enough rest.

And a LOT more… 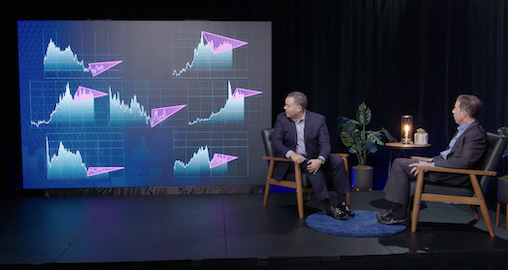