The gold sector is overdue for a short-term bounce. But, after that, there’s more downside ahead.

Corrections in the gold sector typically unfold in three distinct “legs.” The first leg is a steep decline from the top. That’s what we’ve seen over the past week and a half. And, for reasons I’ll explain in a moment, that first decline phase should end soon – like today or tomorrow – and then be followed by the second “leg,” which is an oversold bounce off of support.

Once that bounce ends, then we’ll get the third “leg” of the correction. That will be a deeper decline to an even lower low that exhausts the selling and eventually sets the stage for a new rally phase.

Here’s an updated look at the chart of the VanEck Vectors Gold Miners Fund (GDX) I showed you right before the gold sector started selling off. I’ve added some lines indicating my best “guess” as to how the rest of the decline will unfold… 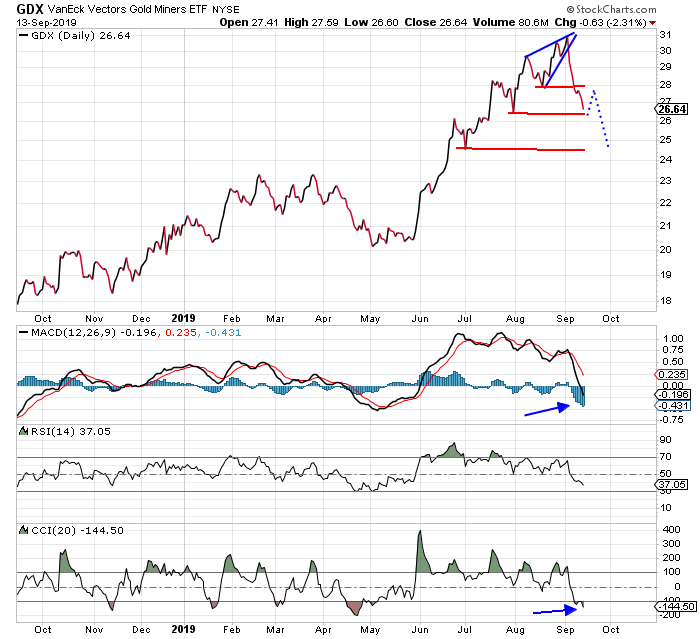 GDX broke its rising wedge pattern to the downside. And it sliced right through the first support level at $28. Now, the stock is approaching its second support level at about $26.25 or so. And the MACD and CCI indicators at the bottom of the chart have dipped into oversold territory.

So, there’s a good chance we’re nearing the end of the first leg down. And, we’ll soon see a bounce in GDX back up towards its former support line, now resistance, near $28. 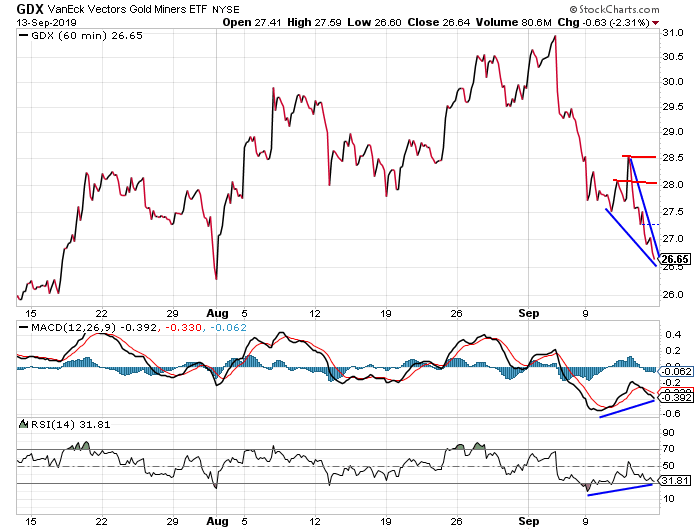 This chart shows a falling wedge pattern with positive divergence on the MACD and RSI indicators. This sort of setup often leads to a breakout to the upside. If that happens here, then GDX should be able to rally back up towards $28 or even $28.50 per share – which lines up nicely with the resistance line on the daily chart.

Patterns on 60-minute charts tend to play out within four or five days. So, I expect we’ll see a bounce get started in GDX sometime early this week.

Following that bounce, though, traders should be on the lookout for the third leg of the gold stock correction. As I said earlier… There’s more downside ahead for the sector.

The Market Minute is so much of a boon to investors… Jeff is so precise and accurate with his technical analysis that I always look forward to receiving it. Please continue to send it to me.

Want This View in YOUR Backyard? Here’s How…

Try out my "3-Stock Retirement Blueprint."

In short: It’s a way to generate thousands of dollars every year… using just 3 stocks.

I’ve been using this strategy for years.

It helped me retire at 42… and I continue to use it to make thousands of dollars every year.

I’m revealing how it works… and I’m even giving away the names and tickers of the 3 stocks you need to get started. — Millionaire trader, Jeff Clark. 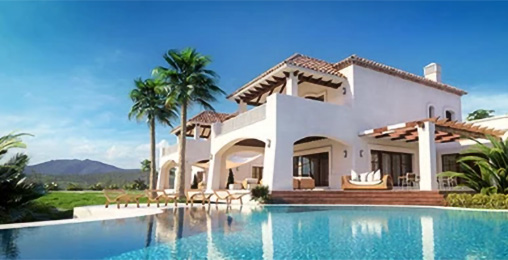