But, there are times when the knife is so close to the ground – where the risk of further loss is minimal, and where the potential gains are so enormous – that it makes sense to reach out and grab it. 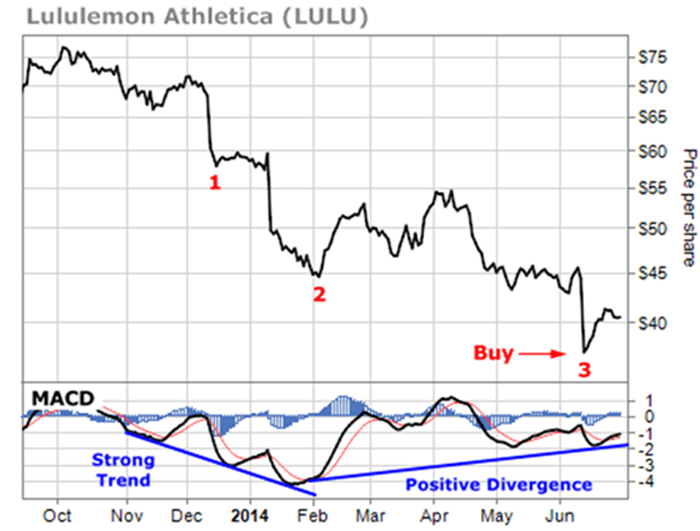 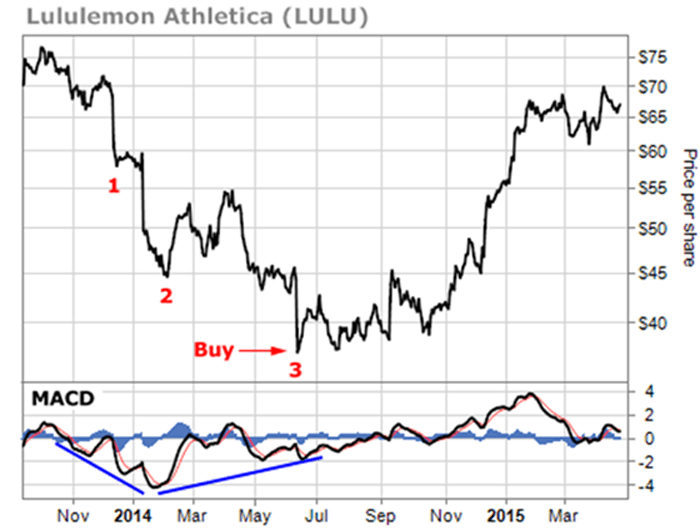 As you can see, LULU’s June 2014 low marked the bottom for the stock. But LULU didn’t mount a sustainable rally right away. Instead, the stock chopped around for a few months in a relatively tight trading range. Then, it exploded higher. Anybody who caught the falling knife in June 2014 was sitting on around a 75% gain by the following March – just 10 months.

P.S. Tomorrow night at 8 p.m. ET, legendary hedge fund manager Larry Benedict will be hosting his special presentation on a unique phenomenon approaching the market – he calls it the “7-day blitz” because there’s a lot of money to be made in just one week.

This little-known event has nothing to do with earnings, FDA announcements, or anything you might have heard before. That’s why Larry’s hosting this special presentation to help prepare traders for this little-known event… he’s estimating over $1.2 trillion will exchange hands, and if you follow Larry’s technique, some of that money could end up in your pocket.

This event only lasts a week so there’s not much time left… he’ll also be giving away a free ticker to those who sign up. The presentation begins tomorrow September 8 at 8 p.m. ET, so click here to reserve your spot.

Are you good at avoiding temptation to buy at the first sign of a decline? Or do you usually like to sell?