Stocks are supposed to move higher this week.

The last seven trading days of November are historically some of the most bullish days of the year according to Jeff Hirsch, who publishes the excellent Stock Trader’s Almanac. Over the past 40 years, the S&P 500 has gained ground 28 times during this week.

That’s a 70% win rate. And, the average gain is 1%. That’s a solid, respectable outcome for seven trading days.

But, I’m not buying it this year.

There are just too many caution signs for me to bet on a rally this week. The Volatility Index is too low. Investor sentiment is too bullish. The recent action in high-yield bonds has me concerned as well. 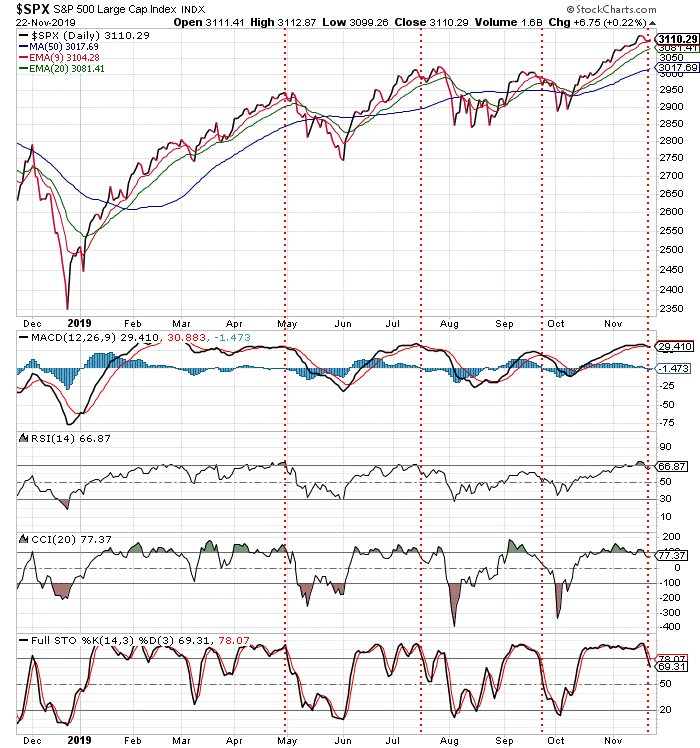 All four of the momentum indicators at the bottom of the chart turned lower from overbought conditions last week. The three previous times this occurred, the S&P 500 was sharply lower just two weeks later.

Yes… sometimes the market did manage to move slightly higher. Like in mid-July, for example, when the index rallied about 1% before turning lower and dropping almost 6%. So, maybe the S&P could rally over the next few days, and fulfill its strongly bullish seasonal tendency.

But, is it worth the risk?

If the bulls are right, they can squeeze a decent return out of the market over the next week. But, if they’re wrong, then they can give up a good chunk of this month’s gains.

For me, this seems like one of those times where it’s more important to focus on risk, and on how much one can lose, rather than looking at the potential reward.

So, even though the odds favor more upside for stocks this week, I’m still not buying it.

Darcy’s angry remarks are emblematic of a growing trend fueled by envy and ignorance. Frankly, instead of admiring wealth-makers whose success creates employment for untold many, and provides capital for use by others and tax revenues for local, state and Federal governments, their achievements are being used to vilify them.

The implication is they have too much, and therefore the government should seize their wealth to expand the public trough in which the Darcy’s of the world frolic…
Better if Darcy and her fellow travelers learn how to create wealth so they can make some themselves.

Conceptually it’s easy, but in practice it’s hard to accomplish. But without wealth-makers, there can be no wealth-takers, even angry and envious ones like Darcy.

I fully support Darcy’s comments. Maybe you don’t remember the reason for the progressive tax system…

It was because the wealthier you were, the more you could pay because you were getting more of the benefits.

I remember when the top tax bracket was over 78%. And that was during unprecedented expansion. Like Warren Buffett has said, “the wealthy should pay more.”

That in a nutshell is the common theme among all the Democratic presidential candidates. Unfortunately, God won’t help the 99% if Trump gets reelected.

Right now, you can make a move ahead of 99.99% of the people out there. Tomorrow, literally, may be too late. 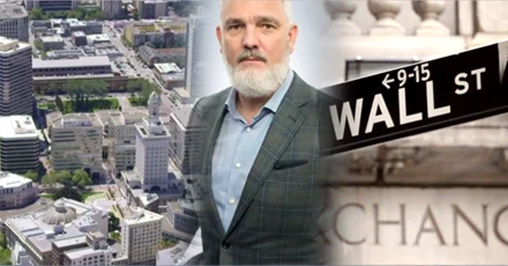