It’s the last holiday weekend of the summer. So, it’s the last chance for the oil companies to gouge vacationing drivers.

Yes, I’m being sarcastic… but, only slightly.

You see, there are plenty of examples of oil prices bottoming a few weeks before a major travel holiday and then spiking higher as that holiday approaches. For whatever reason, those examples are most extreme during the summer.

Think about the last time we traded oil. We turned bullish on oil in early June, less than one month before Independence Day.

Back then, there really wasn’t any fundamental reason to expect the price of oil to rise. The price of oil had fallen more than 20% in the previous month. Oil inventories were near their highest levels in five years. And concerns over the U.S.-China trade war were weighing on the economy.

But we bought oil anyway – because, for whatever reason, the price of oil seems to always rally going into Independence Day.

By the time the fireworks went off, oil had rallied 14%. Traders who bought shares of the United States Oil Fund (USO) in early June were able to lock in a 14% gain when we suggested selling the position three weeks later.

Ever since then the price of oil has been falling. Last week, oil traded down to its June low of about $51.00 per barrel. And, I think that action is giving traders another chance to buy into the gooey black stuff just in time for another pre-holiday run-up in price.

Take a look at this chart of USO from last year…

Last year’s pre-Labor Day rally in oil got started around mid-August. The price of oil rallied about 10% in just two weeks last year.

Traders should note that this year’s pre-Independence Day rally played out almost exactly as what happened last year. If the expected pre-Labor Day rally plays out similarly as well, then it looks like we have a pretty nice setup for buying oil right about now.

After reading your analysis on Monday, I bought the SPY calls. I probably bought it too early in the day because it declined about 12% after I bought. Hopefully by the end of the week it will snap back and give me a decent short-term gain. Kept the position size small just in case. Thanks for all your teaching!

Good morning, from a new subscriber…

Seems the markets are throwing you curves the past few weeks…

You lean one way, the market leans the other. You point to a given timeframe, the market shortens or extends it. That’s just my impression, nothing further. Happy to be here. Anticipating the really big volatility down the road.

Thank you, as always, for your thoughtful insights. We look forward to reading them every day. Keep them coming at [email protected].

This Thursday: Learn How to Invest Like a 5G Insider

Silicon Valley executive and angel investor Jeff Brown has made a fortune from each wireless generation going back to the 2G era. During a free 5G summit on Thursday, August 22, he’s sharing his 5G investment script… revealing the name of the #1 company on his watchlist… and more. 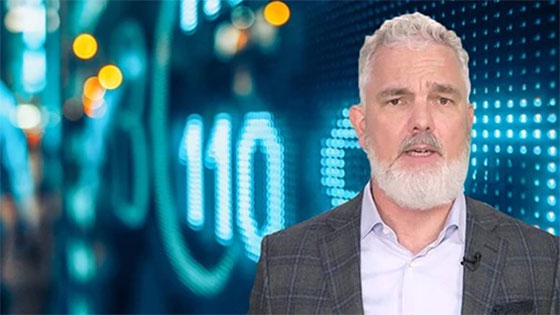