Yes… I know I said the same thing last month. And, the bullish setup I pointed to back then went the other way. The Invesco DB Agriculture Fund (DBA) sold off for the rest of June. It finished the month about 4% below where it was when I turned bullish.

But the “Ags” are starting off July on a better note. DBA has recovered everything it lost in June. And, the setup is bullish again.

The rally earlier this week popped DBA back above all of its various moving averages (the squiggly lines on the chart). The short-term momentum has flipped back to bullish.

Notice also how the decline at the end of June lines up with the previous 52-week low from late April. This sort of “double-bottom” pattern often occurs at the end of a longer-term downtrend. And, it often sets the stage for a significant rally.

So, while the bullish setup I pointed to last month didn’t play out as expected, we may want to give the “Ags” another try.

For now, DBA is stuck in a three-month-long consolidation pattern between $13.20 and $13.90. It’s going to have to break out to the upside of this pattern in order to kick off a new bullish phase. But, I like the odds of that happening.

As I mentioned last month, DBA is a slow mover. Agriculture prices usually don’t change all that fast. But, if DBA can pop above the resistance line at $13.90, then we could see a quick rally to the next resistance level just below $14.75. And, if the rally really gets moving, DBA could get back up to the March high above $15.50.

P.S. Keeping an eye on the market at all times can be overwhelming. And, I believe we’re headed for even more volatility than we’ve seen recently. Fortunately, I’ve created my 3-Stock Retirement Blueprint to help you home in on just three stocks to help build the financial freedom you’ve always wanted.

Everything I share in this report comes from my own experience trading the markets for over 30 years, and managing money for some of California’s richest residents.

Click here to learn more about my Retirement Blueprint and options trading advisory, Jeff Clark Trader. Along with the blueprint, you’ll receive a series of training videos, an archive of special reports, access to quarterly Q&A sessions with me, and a monthly trade recommendation… all for just $19. Click here to join.

In today’s mailbag, Charles shares his thoughts on the Fed’s influence on the markets…

I’ve followed you for years, and your track record has been great. What I’ve particularly liked are the main technical indicators you use. They’re easy to follow. But no technical system stands a chance against manipulation. As intelligent as you are, surely you know the economic reports are lies.

And, you must know that Trump and his cronies at the Federal Reserve will make sure the market stays up through the election. You missed the precious metals rally. You’re short on the stock market when the criminals who control the markets are long. I just don’t get it.

Jeff, your report on selling uncovered puts is clearly well written. I’m not a level three option trader, and margins scare me. I’m not skilled enough, but I’m happy and successful at selling covered calls. I only purchase stocks that I want by selling puts. I do have a hard time making money when buying puts and calls, so I shy away from those options.

Your writings have helped me understand and get familiar with options. So far this year, with small portions, I’ve made a decent profit including the losers. Thanks.

I’m trying to be conservative and profitable on trades and so far, so good! I sell naked puts only. Option sellers have more edge over option buyers. But they’re limited in profit and are boring. Even if I’m wrong, I still making money through time decay by selling naked puts.

Jeff, I’ve been using this strategy for years. I’d rather sell options than buy them. It’s a consistent moneymaker. Now, for the real expensive stocks, I use credit spreads. I love to sell puts when they miss earnings, or when they whisper numbers by a few pennies.

I currently sell options with high IV, and the premiums are juicy. Rarely will I take ownership of a stock. If the company’s fundamentals have not changed, I’ll roll down and out. If necessary, I’ll add an extra contract or two.

I’ve been paper trading this strategy for two months. It’s worked about 75% of the time. If the stock goes against me, I’ll roll it out to a later date. My biggest challenge is picking stocks going up, sideways, or maybe a little down.

Coke went against me, so I rolled out, but I’m not sure how well this works in a real account. I prefer stocks under $50, and about 30-45 days out. Combo trades can work on more expensive stocks, but they’re a little more of a hassle. Thanks for your input.

Time is Running Out

What will happen now that this ‘transformation’ has happened a third time? 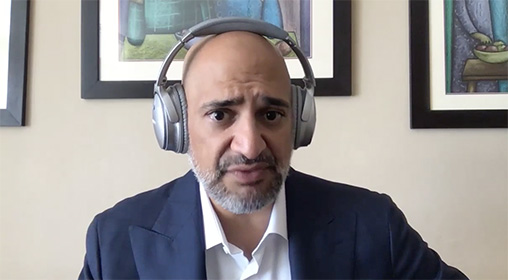