We started the week with calm seas, clear skies, and only a hint of turbulent air way out on the horizon.

But that turbulent air has turned the skies dark. The seas are now looking cranky. And traders should prepare for a storm.

For the first time in almost two years, the CBOE Volatility Index (VIX) has generated a sell signal. Take a look…

VIX sell signals occur when the index closes below its lower Bollinger Band and then rallies back inside the bands. This sort of action almost always leads to at least a short-term decline in the broad stock market.

The severity and duration of the decline depends upon other circumstances – like the status of other technical indicators, investor sentiment, and the slopes of various moving averages. For the most part, though, VIX sell signals (as well as VIX buy signals) have a solid history of playing out. So traders should prepare for some stock market weakness over the next few days – at least.

The last VIX sell signal occurred way back in August 2016. The S&P 500 fell almost 5% over the next four weeks. A similar move this time could knock the S&P 500 all the way back down towards the 2581 closing low of the recent correction.

That would be an interesting development. Especially since almost nobody is calling for a retest of the lows anymore – which is in stark contrast to the prevailing opinion two weeks ago.

Frankly… I don’t think the coming storm will be too severe. We don’t have the sort of extremely overbought conditions that typically precede a large-scale stock market decline.

But, traders who bought stocks a couple of weeks ago when we suggested nibbling on long positions should trim some profits, or at least raise stops on the positions.

Folks who are looking to put new money to work in the market might consider holding off for a bit to see if the VIX sell signal plays out. We can then buy at slightly lower prices.

Yesterday, we asked what you pulled off with your energy sector trades. You responded…

I sold the XOM puts for $3.00 and the order to buy them back executed this morning at $0.275 – very nice gains! The idea of selling puts in a rising market but volatile market is underappreciated – I took a similar position in SSO that is still open and at 75% of the maximum gain.

Before I opened the position, I evaluated a long position in the shares, a long position in some type of call structure and a short put spread. The risk-reward was overwhelmingly in favor of the put spread because the premiums were so high. One of the many useful insights I have gained from following your work is that I should apply the same rules to equities and options and be a buyer when prices are low and a seller when prices are high regardless of the instrument.

I agree that oil needs a rest but I do think over the summer the trend will be up rather than down and I will look forward to further opportunities to make gains in that sector.

Jeff, I sold 3 puts on XOM and made around $500. I could have made more (50%-ish returns) but I sold a little earlier than you recommended. I also made a little off RIG and XES just buying stock. Unfortunately, I sold those a little early as well. I have a hard time holding trades.

Thanks so much for the put recommendation. I look forward to more like that.

I will be selling XLE and ERX today. I like this Jeff Clark guy.

As soon as July 21st, governments around the world plan to send the entire crypto market through the floor … and wipe out physical cash while they’re at it.

They aim to take control of your wealth and what it’s worth. But there are simple things you can do today to protect yourself… Find out here. 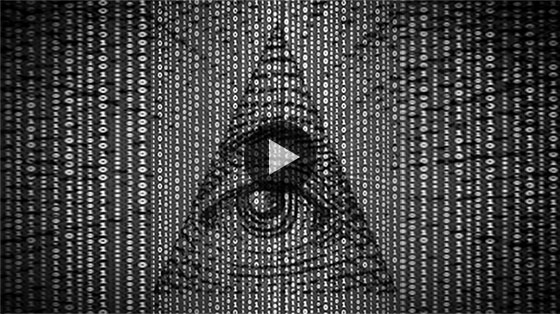