It’s been almost a month since we last looked at the so-called “risk-free” Treasury bond market. Back then, we noted that the iShares 20+ Year Treasury Bond Fund (TLT) was oversold and could bounce a bit in the short term. But, the intermediate-term picture looked bearish. TLT had more room to fall.

That’s exactly what happened… TLT bounced higher for a few days. Then, it rolled over and fell to a lower low.

And, by the look of the following chart, there’s still a lot more downside risk in the Treasury bond market…

TLT has been in a steady downtrend – with a series of lower highs and lower lows (the red lines on the chart) – for the past several weeks. It now looks like TLT is headed down to test the support line of the downtrend channel, which also lines up with the blue support line from the early June low (top blue line).

It’s reasonable to expect some sort of bounce to occur once TLT tests that support level. But, unless TLT can bounce back and make a “higher high” above $160, the downtrend will remain intact. And, that sets up a very dangerous situation for Treasury bonds on the next move lower.

You see, if TLT breaks below support at $155, then the next support line is all the way down at the March low near $143 (the lower blue line). That’s almost 8% below where TLT closed yesterday.

An 8% drop might not seem that bad for tech stock traders who are used to seeing their positions whip around in double-digit moves on a daily basis. But, for the “risk-free” investment crowd, an 8% drop in what’s supposed to be a “safe” investment might be tough to handle.

Keep in mind, the yield on a 30-year Treasury bond is 1.6%. So, it’ll take five years’ worth of interest payments to make up for an 8% drop in principle.

Do you think the Treasury bond market will be bouncing higher? Or, will the current political events cause it to go lower, creating a significant drop?

“Watch me test a little-known financial move, on the fly, to pay for all my purchases today… Including my wife’s expensive birthday gift from Nordstrom” – Jeff Clark, California financial genius 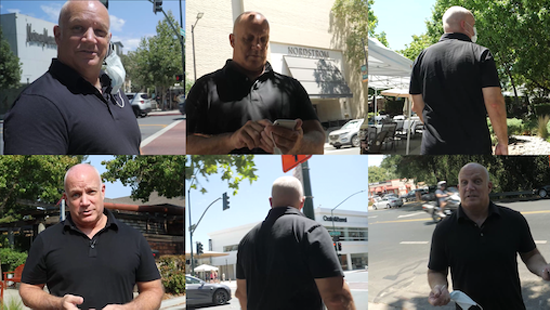