Buy signals occur when the VIX closes above its upper Bollinger Band – indicating an extreme increase in volatility – and then closes back inside the bands. We’ve followed these signals plenty of times over the past few years, and they’ve proven to be quite profitable.

This time, though, I’m not buying it… at least not yet.

The problem is the current market looks a whole lot like what we saw back in January of 2018. Back then the market rallied just about every day. Overbought conditions got more overbought. And, the VIX languished at a relatively low level.

That condition isn’t sustainable. I spent a lot of January 2018 warning traders about the risks of a sudden and sharp move lower. And, just like the past month, I spent a lot of time banging my forehead on my desk.

Stocks finally did pull back. It took only three days for the S&P to wipe out all its gains for the month. The VIX spiked higher and closed above its upper Bollinger Band – setting the stage for a buy signal.

That buy signal occurred in early February 2018, when the market bounced off short-term oversold conditions. Traders who bought stocks on the basis of that buy signal would ultimately be profitable. The market pressed higher over the next few weeks.

But, over the next few days, it was painful. The market sold off even harder. The VIX spiked even higher… reversing its premature buy signal and trapping traders who had acted on it underwater.

That’s what I’m looking for this time around.

The stock market has been on such a relentless run higher. And, investor sentiment reached extremely bullish levels. I’m not convinced that a 3% decline in two days is enough of a correction to set the stage for another leg higher for the stock market.

Yes… the market did wipe out all its gains for the month. Yes, many technical indicators did stretch into extremely oversold territory. And yes, the VIX did generate a buy signal yesterday.

But, if the market continues to follow the same script it played in early 2018, then stocks still have some work to do on the downside. Rather than chasing yesterday’s big rally higher, traders might be better off waiting to see if we get a shot at a second VIX buy signal in the days ahead.

P.S. Before you go, I want to share a powerful trading anomaly that goes largely unnoticed in the market…

One of the first times I spotted this anomaly was in November 1983. And, after I noticed it, I made a trade on IBM that earned me a 100% gain in just two days.

These days, I use this anomaly in my trading advisory the Delta Report. And it’s proven to help my readers make returns just like I did with IBM, over and over again, every week.

Click here to learn more about this anomaly… and how you can start using it today.

We all know by now that the stock market is being manipulated to never-before-seen levels so much so that we feel like grass under the feet of fighting elephants. All made possible by people persistently writing calls in hopes that this market would turn around and reward them.

In my opinion, we who believe sane balance in the market forces for a healthy market to exist, should step aside and let them play how they want to without an opposing side.

There would be no call buying since there is no call writing and so on and so forth. I will say patience is a virtue that few of us exercise in its true form.

And another subscriber, Jim, changes his view on options after following Jeff’s work…

Jeff, I really like the approach of selling puts for income. I know you enjoy trading options on low-priced stocks. Based on that, it appears that low-priced stocks seem to have a higher premium (percentage-wise) than more expensive stocks.

I have traded options for years, but never really looked at it in that way. Keep up the good work.

And a Delta Report subscriber, Jonathan, tells us why he prefers Jeff’s service over others…

In addition to the Delta Report, I’m a lifetime member of a few other services. But over time and as markets move, these “professionals” start twisting their story and numbers for results.

But Jeff never does anything in the BS category. He is straightforward and understandable for different levels of traders. I took the Mastermind class and really came to understand he is talented and a nice guy. That is rare to find…

If you plan on buying one anytime soon… I got some news for you.

5G won’t work, unless this one tiny company steps in with its miraculous solution to save it.

E.B. believes the tiny company that’ll save 5G is the biggest stock market story for 2020. 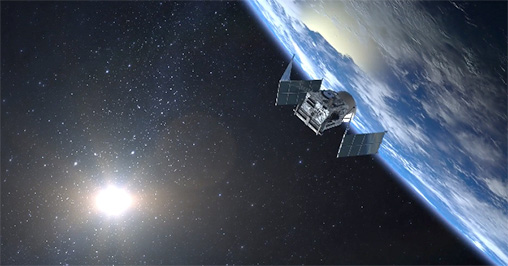