Over the next several weeks, companies will come forward and announce the riches they made, or didn’t make, last quarter. And, many of them will comment on how things look for 2021.

With the stock market trading at an all-time high, investors are looking for good numbers and good forecasts. But, as traders, we know the numbers don’t matter all that much. It’s how the stock reacts to the numbers that’s important.

Companies often report “blowout” numbers and raise expectations for the coming year only to see their stocks sell off. Just as often, we’ve seen companies report dismal results and see their stocks rally.

It’s all based on expectations.

We can argue that much of the stock market rally over the past several sessions is based on expectations that companies will raise earnings forecasts for this year. Investors are buying into the stock market ahead of the news.

And, that sets the stage for disappointment if the news isn’t good enough. Or, it sets the market up for a “sell on the news” event.

It’s going to take earnings forecasts above all expectations to fuel stock prices even higher. And, while that’s possible, I feel more comfortable taking the “under” on that bet.

Either way, I suspect the market’s reaction to Micron’s (MU) earnings report will tell us a lot about how this earnings season will play out.

MU announced earnings after the close yesterday. Since I’m writing this essay on Thursday morning, I have no idea if MU beat expectations or not. But, all that really matters is how the stock behaves today.

Here’s the chart of MU as of mid-day Thursday…

MU has enjoyed an amazing rally. The stock is up 65% since its last earnings report in October. It’s up more than 100% from the March lows.

At nearly $79 per share, MU trades about 20% above its blue 50-day moving average (MA) line. That’s a historically large spread. MU rarely trades more than 10% away from its 50-day MA before coming back towards the line.

And, here’s the thing…

I can show you hundreds of stock charts with the same pattern. In fact, the charts of all the major indexes, and most major sectors, look the same.

So, while it’s probably foolish to point to the action of one stock and use it to forecast the action in the broad stock market, it seems to me like the action in MU today will say a lot about what we can expect from the market this earnings season.

If MU rallies in the face of lofty expectations, and a vulnerable looking chart setup, then the rest of the stock market is likely headed higher over the next several weeks.

On the other hand, if MU falls today then maybe the rest of the market will have a tough time living up to the market’s expectations.

P.S. This “boring” stock won’t be mentioned on CNBC anytime soon since it’s not considered a “sexy” stock like Telsa or Apple. But, it could potentially generate thousands – or even tens of thousands – every month.

I know this because I’ve been using this tiny stock for years no matter what’s happening in the market… and it helped me retire early at 42.

So, click here to learn about this little-known stock that I’ll reveal for free. It could even help fund your retirement and allow you to retire early just like I did.

Do you follow any particular stocks to get a read on the broad market? If so, what are they telling you now?

Why Is the Media Ignoring This?

Yet, the mainstream media hasn’t said a word.

You won’t hear about it on MSNBC.

“I can’t believe no one is reporting on this. It’s almost dishonest,” he says.

“This is the opportunity of a lifetime.”

He believes the company behind this technology could be the #1 tech stock of 2021. 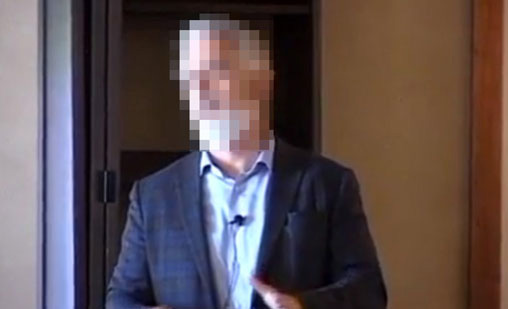