Oil is setting up to make another big move.

It’s been seven weeks since we last looked at the chart of oil. Back then, oil had been stuck in a relatively tight trading range for a couple of months.

All of the various moving averages had come together, building up energy for a big move in one direction or the other. And, I was willing to bet on a bullish move happening within just a few days.

Since then, oil has rallied back up to $41 – where it closed on Friday. All of the various moving averages have coiled together again, and oil looks ready for another big move. And, I’m looking for a little redemption.

Oil is trading back up near the top of its most recent trading range. If resistance holds, then the price of oil is headed back down to test the support line near $37 per barrel.

On the other hand, if oil can break out to the upside of its trading range, then it could rally back up to the March high near $47.50.

From a purely technical perspective, it’s probably a coin toss as to which way oil breaks.

But, with the global economy beginning to open up again, airline travel starting to come back, oil inventories steadily declining, and investor sentiment towards oil in such a pessimistic state… I prefer to take the contrarian side of the trade and bet that oil breaks higher.

Either way, given how tightly all the various moving averages are coiled together, we’ll likely see a big move in oil within the next week or so.

Do you agree with Jeff’s prediction that oil will break higher in the upcoming weeks? Or, do you think reopening of businesses and travel could cause it to move in the opposite direction?

NEW Gold Interview – Not Available on CNN, Fox, or MSNBC

It’s so outrageous, we nearly refused to publish it.

But then Doug agreed to fly 5,700 miles – from his ranch in Argentina to Aspen, Colorado – to explain everything in this exclusive interview.

And what he told us left us all shocked… Our entire office is still talking about it.

Doug calls it the ‘most bullish sign he’s seen in 45 years’… and shares his #1 Gold Secret – LIVE on Camera.

Now is your chance. 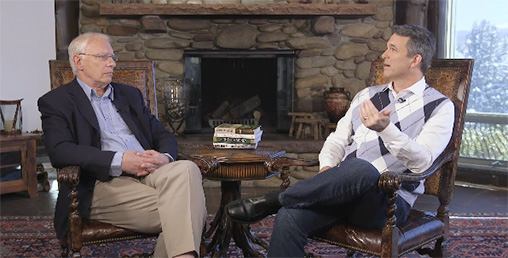