The greatest bull market of all time is dead.

The action over the past month has caused a lot of technical damage to the broad stock market. It has been the most severe decline from an all-time-high level, ever. And, most importantly, the S&P 500 finished the month of March below its 20-month exponential moving average line (EMA).

That’s notable because the 20-month EMA is the dividing line between a bull and bear market.

This chart is easy to understand. If the S&P 500 is trading above its 20-month EMA, then we’re in a bull market. If the index is below the line, then the bear is in charge. You can see how breaches of the line — in late-2000 and early-2008 ­— led to significantly lower stock prices in the months that followed.

Since this is a monthly chart, all that matters is how this picture looks at the end of each month. And, the S&P 500 ended March below the line.

Bear markets, though, are typically more volatile. The moves happen faster. Traders need to be willing to jump into, and out of, positions in a matter of just a few days or weeks. The whole concept of “buy and hold” doesn’t work in a bear market.

It does help, though, to understand how a bear market typically unfolds.

The bear market that started in 2000 lasted about 18 months. The bear market during the great financial crisis of 2008 lasted 15 months. And, in both cases, the S&P 500 lost about half its value.

If this current bear market follows the same pattern, then it will likely end in the summer of 2021. And, the index will be trading somewhere around the 1700 level.

Of course, no one knows for sure exactly how things will play out. But, based on history, 1700 looks like a pretty good downside target.

And, we’ll get there in three distinct moves.

The first move is the panic stage. That’s the initial move lower that kills the bull market and brings the bear out of hibernation. That’s what we just experienced.

The S&P 500 dropped from a high near 3380 in late February to as low as 2240 two Monday’s ago. That’s a 1200 point decline in less than a month. Most folks would probably agree that qualifies as a panic.

The second stage is an oversold bounce. That happens when stocks get so oversold, and the proverbial rubber band is stretched so far to the downside, that a “snap back” move is inevitable. This bounce stage typically recovers 50% to 70% of the initial decline phase.

Take another look at the monthly chart of the S&P 500. Notice how, once the index broke below the 20-month EMA in 2000 and 2008, it rallied back up to “kiss” the line from below. That “kiss” completed the oversold bounce stage of those bear markets.

A similar “kiss” this time around would have the S&P 500 rallying back up to its 20-month EMA, which is sitting at 2880. That is just about right in the middle of the target range mentioned above.

That’s the area at which traders should look to exit long positions and start adding exposure to the short side. Because what follows is a brutal decline that takes out the “panic stage” low, and ultimately wipes out about half the value of the stock market.

Again… no one knows for sure exactly how this bear market will play out. But, history gives us a roadmap. So, we have some general idea of what we’re in for over the next year or so.

I suspect we’ve completed the initial panic stage of the bear market with the March low at 2170. Now the market should be headed back up towards its 20-month EMA over the next month or two.

That’s a move that’s worth playing from the long side.

Keep in mind, we’re not making a long-term bet on higher stock prices. We’re merely looking to capture what could be large gains, over the next month or two, as stocks work off their current oversold conditions and set the stage for an even stronger decline starting a few months from now.

So, right now, the roadmap suggests we should be working off the assumption that the S&P hit its panic low at 2170. We’re now headed back up to retrace between 50% and 70% of that decline.

Once again… there’re no guarantees in the stock market. No one knows exactly how things will play out. But, if this current bear market follows the same roadmap as the bear markets in 2001 and 2008, then stocks are likely to be higher by the end of April than where they are today.

Traders should use short-term weakness over the next few days as a chance to add exposure to the long side.

We’ll look for opportunities to sell short once we get through the oversold bounce phase.

P.S. If you’ve never navigated a bear market before, I understand it can be scary. That’s why now’s such an important time to learn how.

Right now, I’m working on a new project to help do just that. We’re kicking it off next Monday. And, I hope a lot of you folks join in.

I’ll send along more details throughout the week. Keep an eye on your inbox…

On your recent recommendation, I made a net 3-day profit of 97%. THANKS.

Hello Jeff, I loved your article… it’s clear to me that the Socialist or Democratic party is benefitting from this pandemic, or dare I say… illusion. Like you mentioned, I’m not downplaying the severity of COVID-19, I just don’t believe everything I’m hearing, or seeing… there’s got to be more to what they’re telling the public. I’d rather have my freedom.

Wow! I never thought of it that way. Thanks. Biggest winners:

1. Stock traders. They made money going down, and going halfway back up… if they were smart. And the smart ones benefited the most. 2. Politicians. This event opens the door for big changes in policy. It will be interesting to watch who wins with what argument.

1. Those that died. 2. Those who suffered by being extremely sick. 3. Millions of ‘Joe Lunch Buckets’ low-income workers out of a job for six weeks through April. The assistance money will be slow to come. (Ever waited on FEMA?) Regards.

I loved your article about “who benefits from this illusion.” Your grandfather’s comments are incredibly accurate for this third-world in which we live. Because we live in a hologram we created together (our illusion of reality), we are co-creators in which our belief systems control our actions and reactions, and materialize the illusion of our current physical reality.

Changing your belief system leads to changes in actions and reactions, which will change your reality. This can be applied universally, and the most obvious is the Jihadi who believes dying while killing the infidels will result in 70 virgins in heaven.

Most people don’t subscribe to that belief system, but he does and he acts on his beliefs. We all act on our beliefs and thus create our illusionary reality. Your grandfather was incredibly insightful.

Your most insightful analysis to date. I’ve been whispering the same questions in hushed tones with a close-knit circle of friends (none of whom are conspiracy theorists). It seems like “never let a crisis go to waste” on a grand scale. Something “else” is going on.

Jeff, you nailed it! “This is perhaps the greatest illusion ever.” How many rights and liberties will we lose in this process? How will this change investing (or will it be even more like gambling?) forever as the Fed is now the market?

Hello Jeff, great article — nicely posted on April Fool’s Day, no less. Not only are the privily informed “elite class” (glad you put it in quotation marks, as they are the lowest of upright bipedalism’s and have zero class) telling us to hibernate, shut down our economy, and sacrifice our welfare for the common good.

They’re doing all that right after buying shares of Citrix. Smooth move. (I think I need an Ex-Lax. Although, that’ll be the next phase of their “stimulus.”)

Thanks for continuing to go above and beyond with your work.

Excellent point about the “magic show”… And if Trump doesn’t figure that out pretty quickly, he may disappear like the Statue of Liberty in November. A classic scene in the show where TV crew members just happen to see hospital workers loading dead people on freezer trucks.

New York averages 500-600 deaths on any given day of the year. As of yesterday, or the day before, they apparently had 900 coronavirus related deaths in the past two weeks. They are telling us that an extra 100 deaths a day in New York City is overloading the system. The magic show continues…

Jeff, I’ve been wondering the same thing for the past month. I also live in Northern California and I am shocked at the dramatic measures that have been taken to fight this virus, particularly since more people have died from other illnesses like the flu this year.

Not minimizing the loss of life experienced so far, but given the financial situation of many people, this self-imposed shutdown will unfortunately create much more misery than the coronavirus in my opinion. Large numbers of people who are hungry and desperate will not sit by quietly. The government, short of nationalizing every business asset, cannot continue these support programs long term.

We will wake up one day and find out we may still be alive, but the freedoms and way of life we took for granted are dead – a casualty of the war on this “pandemic,” as we all become wards of the federal government.

Not sure who benefits from this, but I’m sure there are well-connected individuals who will benefit – whether this is the “Deep State” some commentators have been warning about, who knows. However, at the end of the day, I fear we’ll all lose our liberties and what made America different from other societies.

Jeff, thank you for putting all the weirdness going on in our country right now into a succinct and artful essay. I agree, something doesn’t pass the smell test and I can’t quite figure out what’s really going on.

But I suspect that the “Deep State” magicians behind the curtains have pulled a grand illusion before the American public to make President Trump disappear, and the media is their magic wand. Thanks for all your good work. A loyal subscriber.

Hi Jeff, thanks for this thought-provoking question. It’s a topic we’ve been discussing here in my home too. Whoever may be benefiting, I can’t imagine they thought this whole scenario up in advance, but I would bet they’re taking notes on how easily manipulated we are and how easily potential international destinations were eliminated as possibilities.

If the Nazis had access to the current scenario, I fear very few would’ve escaped. I hope it’s not as
insidious as it seems to be, but we rarely go back to the way things were. Thanks for the great work and the writing you produce.

In this one-of-a-kind event, Jeff will reveal: 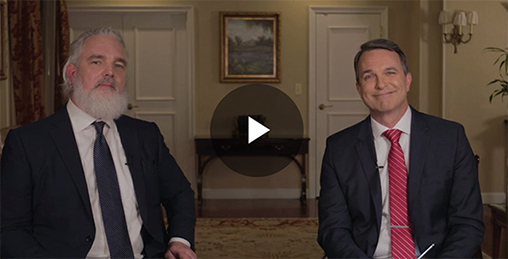