“The whole world is a magic show.”

That’s what my dad said to me when David Copperfield made the Statue of Liberty disappear.

It was April 1983. I was a freshman in college. I stopped by my parent’s house to say “hi” and to catch a free meal. And, I watched the greatest magic act of all time with my father.

I think I said, “WOW” when the illusion was done. And my dad uttered the sentence above.

He didn’t elaborate on the meaning. He was always a man of just a few words. But, I knew what he was saying…

The whole world is a magic show. You can choose to be entertained by it, or you can be informed by it. You can look
at the magician and be amazed by his/her tricks, or you can look at the bigger picture and see what’s really happening.

I quoted my father’s words to my sons this past weekend as we were stuck hanging out together in the obligatory California lockdown situation.

It’s not that I dispute the severity or the seriousness of the coronavirus pandemic. There’s suffering. There’s death. There’s heartache.

I wish that wasn’t the case. But, my wishes carry no weight in the greater scheme. So, I’m stuck wondering if the illusion is masking a larger agenda.

Purely from a numbers perspective, we can look at any number of illnesses that have resulted in vastly more deaths than COVID-19 has dealt us so far. Yet… we never shut down the economy. We never said, “don’t go out.” And we never threatened to imprison or fine U.S. citizens for hanging out together.

Shutting down the economy is the magic act.

We can be entertained by it. Or, we can wonder what’s really going on.

If there’s an “elite class” of folks that are privy to the information ahead of time, and they set the agenda for what goes on in the world… I’m not part of it. But, they’re the magicians in this scenario. They are telling us to hibernate, to shut down our economy, to sacrifice our welfare for the greater good.

And I’m wondering… who benefits here?

Those are subjects and ideas that were considered absurd just a few months ago. Yet… I think of my father’s words, and I wonder…

This is perhaps the greatest illusion ever. It puts David Copperfield to shame.

P.S. With the S&P 500 seeing the most severe decline from an all-time high, ever, it’s safe to say we’re living in crazy times.

Many investors don’t know how to handle the volatility. But, that’s because they likely don’t have a system to follow…

In my stock trading service, The Breakout Alert, I teach subscribers to profit no matter what kind of market we’re in. And we do it using a specific technical trading pattern that predicts huge profits in low-priced stocks.

Click right here to learn more about this system, and how you can double your money over and over again — even as the market falls.

Readers, do you think this is “an illusion”? Who do you think is benefitting, if anyone, most during this time? Send us your thoughts and answers at [email protected].

FINAL NOTICE: “If you fail to act before midnight…”

This is YOUR last chance.

If you don’t act before midnight, you will miss your chance to learn the names of Teeka’s top five cryptos… which he believes could turn $500 into as much as $5 million. 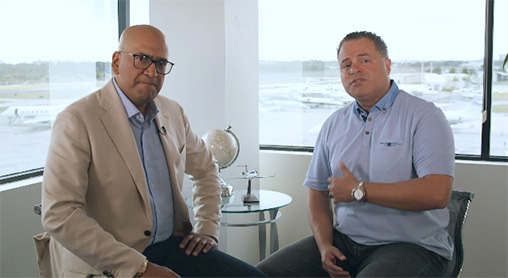