Just this week, Federal Reserve Chair Jerome Powell had this to say:

“It’s true that some asset prices are elevated by some measures.”

He openly admits that some asset prices are high, but has no intention of acting to stop the rise. In other words, the Federal Reserve is no longer in the business of reining in inflation.

This is the single most important change to the macro environment in years. Here’s why…

The simple fact is the Fed needs inflation. Government debt increased by $4.55 trillion in 2020, to a grand total of $27.75 trillion. And there’s no plan for how to pay it back.

Taxes are one option. But with multiple examples of social unrest over the last year, the government will have to be very careful about raising taxes. On the other side, there’s no appetite for cutting back on government services, either.

And to emphasize the point that the government won’t stop spending, we’re potentially days away from Congress passing a $1.9 trillion stimulus package.

So, the only remaining way to chip away at the debt is to inflate it away. If the value of the U.S. dollar continues to fall, and the stock of money increases, the real value of government debt will shrink.

If the government were serious about tackling inflation, raising interest rates would be one of its primary tools. But the Fed is in no hurry to raise rates. It will wait for undeniable evidence inflation is trending higher, and for that trend to sustain, before raising rates.

That could take years.

Just think about what the Fed’s job is right now. They have to promote low unemployment and high economic growth. But we don’t have either, so they’ll continue printing money until we do.

Now, all this talk of inflation sounds scary, but don’t forget 2020 was a weird year. Economic data will look loopy for a while. It will be at least another six months before the year-over-year comparisons clear the shock of the lockdowns.

Last summer everyone was worried about global deflation. Today they worry about inflation. The big message is everyone agrees that a return to growth is the number one priority. So, what if all this is actually hugely bullish for the stock market?

The last time we saw this kind of cash infusion was in 2017. People worried about inflation then too. The Trump tax cuts were a major surprise and investors spent the whole year pricing in the good news. As a result, that was the year the S&P 500 never pulled back by more than 3%.

In my view, 2021 is going to be an equally surprising year. The rebound in commodities like copper, the surge in house prices and used cars… all points to a buoyant recovery.

Our expectations for future potential have been shaded by our experience of lockdowns. But the recovery could be much stronger and quicker than anyone expects.

If company earnings continue to surprise in a good way, then valuations will no longer look pricey. And this is all while the Fed and government pumps more and more liquidity into the U.S. economic system. With this in mind, the stock market could easily have a repeat of the 2017 experience.

In fact, we could see significant gains with a few minor pullbacks throughout the year, just like we’ve seen so far this year.

How To Retire Rich Off a Single “Boring” Stock

By ignoring rising asset prices and saying in plain English they won’t remove liquidity, the Fed has given the green light to speculation. So, what is the best way to play the market?

The Fuel for Economic Recoveries

Everything from Wall Street indices to Tesla and GameStop have rebounded from recent dips. Real assets like real estate and oil continue to do well. Banks are also plays on economic recovery and looser liquidity.

But for the best opportunity, I favor the energy sector. It’s one of the few that’s still cheap.

We might enter an era where batteries overtake fossil fuels, but it won’t be in 2021. Fossil fuels will rebuild this economic recovery, just like it’s always done.

Crude oil has completely rebounded from its 2020 decline, but oil shares are still a long way behind. That makes energy companies with high dividend payouts very attractive.

One of the least-loved portions of the energy sector are pipelines. They tend to be set up as master limited partnerships. That structure forces them to pay out profits as dividends. They collapsed with the oil price and are still looking cheap.

A great way to play this is the Alerian MLP ETF (AMLP). It’s a way for investors to easily gain access to the sector, while at the same time playing the rising fears of inflation as the global economy recovers.

Has one last warning to readers.

Bill Bonner founded The Agora in 1978. Today – after 40-plus years in the publishing business – he’s coming forward with his final warning. And not a moment too soon…

Bill’s latest – and last – warning may be the most important of his career.

Go here for the details – and to get a personal message from Bill. 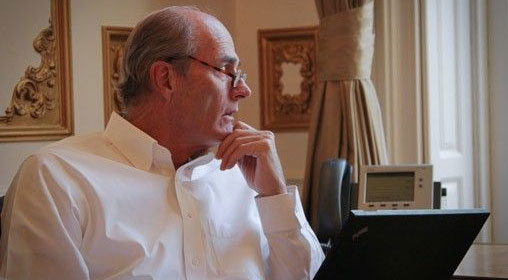