We came into last week expecting stocks to trend higher. After all, the last several trading days of November are typically quite bullish. Over the past 40 years, the S&P has rallied 28 times during the last week of November. And, the average gain is 1%.

So, it’s no surprise the market was higher last week. Even after Friday’s modest pullback, the S&P 500 managed to gain almost 1% for the week.

But, as I mentioned last Monday, I wasn’t looking to buy stocks last week. The chart of the S&P 500 looked vulnerable. And, the Volatility Index (VIX) was on the verge of generating a sell signal.

We got that sell signal at the close of business on Wednesday when the VIX closed back inside its Bollinger Bands. The VIX continued higher on Friday, thereby confirming the sell signal. So, the market should be headed for a period of weakness.

Either way, there’s not much energy available right now to fuel a strong advance from here.

The market has had a tremendous year for far, with the S&P 500 gaining about 25%. Lots of folks are looking for even more gains as we head into Christmas and into what is typically a strong bullish seasonal period.

Before that happens, though, it looks to me like we’ll get a few days of weakness. A pullback from here would be in line with often happens following a VIX sell signal. And, it would give all the moving averages a chance to come together again and build energy for another rally going into the end of the year.

P.S. Today’s the last day where you can claim a subscription to my introductory options trading service, Jeff Clark Trader, for just 99 cents.

We’ve never offered the service at that price before… and I’m not sure if we ever will again.

If you’re looking to get started trading options, with a conservative strategy that just uses three stocks over and over again, learn more right here.

Are you preparing your portfolio for a drawdown this week? Or holding out for a year-end rally?

Send in your responses – along with any other questions or comments – to [email protected].

Is Jeff Clark crazy for offering a deal this good?

Why on Earth would he offer his wildly popular research service – Jeff Clark Trader – for just 99 cents?

After all, thousands of people have happily paid up to $249 to access a lifetime subscription to this service.

Because he wants to prove that ANYONE – including you – can learn how to use his options trading blueprint. Even if you’ve never traded options before. 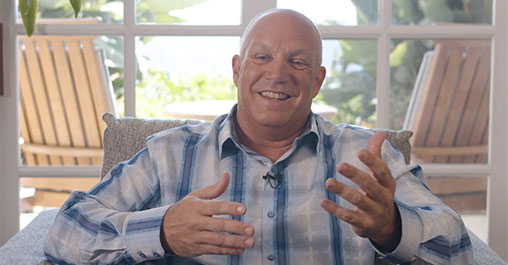