Nothing generates more hate mail for me than when I write something bearish about gold.

So, after today’s essay, I suspect I’m in for a hate-filled weekend.

The gold sector – as represented by the VanEck Vectors Gold Miners Fund (GDX) – finished 2019 with a solid rally. GDX gained nearly 10% in the final two weeks of the year. The stock was trading at its highest level since September. And, with the price of gold blasting higher earlier this week, it seemed like GDX was well poised for even more gains.

But, it didn’t happen. On Tuesday, GDX stalled at resistance (around 29.50) and then turned sharply lower – wiping out a good chunk of December’s rally. And, it looks to me like there’s more downside to come.

Take a look at this chart of $BPGDM…

Typically, a sector is extremely overbought when its bullish percent index rallies above 80. It’s extremely oversold when it drops below 20. And when the index reaches extreme levels and then reverses, that triggers a trade signal.

For example… last September, the index turned lower from a deeply overbought reading of 87. That action triggered a “sell” signal. At the time, the VanEck Vectors Gold Miners Fund (GDX) was trading for a little more than $29 per share. GDX declined to $26 a few weeks later.

Following the December rally in gold stocks, the Gold Miners Bullish Percent Index once again rallied as high as 87. That indicates an extremely overbought condition.

Then, it turned lower on Tuesday. So we have a “sell” signal.

And, with the commercial traders holding a record net-short position in gold futures contracts, we have to look at this condition as bearish for the gold stocks.

But, for the short term, we have a gold stock sell signal.

Now is probably not the best time to be putting new money to work in the gold sector. We’ll likely have a better chance to do so in the months ahead.

P.S. My colleague and good friend, Teeka Tiwari, just revealed his No. 1 wealth-building opportunity of the year.

And, oddly enough, it doesn’t involve the stock market… options… even cryptocurrencies – Teeka’s claim to fame.

What it does involve, though, is a limited-access, pre-IPO deal on a company Teeka and his team have spent months researching and vetting. If you act now, you’ll get the rare opportunity to invest in it (usually reserved for billionaires and venture capital firms) and, as Teeka puts it, pay for your whole retirement with just a $250 grubstake.

Get the full story here, but do it fast. This deal closes at the end of the month.

Just wanted to say I enjoy Jeff’s teaching style. I have learned so much by watching the training videos and look forward to receiving the recommendations.

I am fairly new to trading options and have a basic understanding of them, mainly buying and understand the risk tolerance by not going overboard on leverage. My very first option trade was a put that I held for 20 days for a gain of 67%. Looking forward to much success with Jeff Clark Trader.

And others respond to Jeff’s radical “Mickey Mouse” tax plan…

I completely agree with the sentiment about government budget management. The single greatest short-term threat to U.S. stability is the inability of the federal government to manage its income and expenses. It’s as true as when Ross Perot ran for president as it is today. Tax policy though… eh… the Disneyland analogy is a bit of a stretch.

I wish the U.S. worked like the Disneyland you describe, but, let’s be honest… It’s more like a Disneyland in which even though everyone is supposed to pay to get in, one group isn’t allowed
on certain rides… other groups can cut the line… some aren’t even allowed to buy a ticket… and there’s another group that doesn’t pay altogether… isn’t it?

Dear Jeff, I found this article amazingly well-written and thought-out. When are people going to wake up? The masses must rise and take back our country from those vampires who feed off the hard labor of the honest man and woman. How do you start a revolution?

I love reading Jeff Clark’s advice on the stock market, not so much on his “Mickey Mouse Tax Plan to Save America.”

Aside from being a for-profit enterprise with goals vastly different from that of a non-profit state, Disney need only answer to its shareholders, who get to make policy to further their interests.

Well, I could go on and on regarding the differences. Suffice it to say, Disney is a fantasy place, and not a good place for Jeff to dwell too long. He might forget he lives in the real world.

There is still space in the pre-IPO deal detailed during FREEDOM 2020.

A billionaire and legendary VC had already acquired a seven-figure stake in this pre-IPO company. 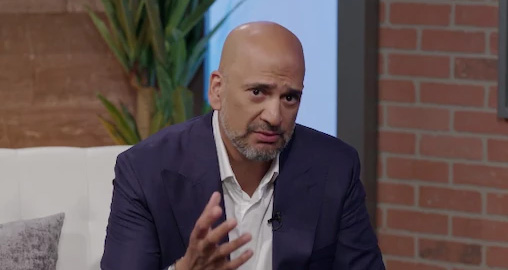