Back in December 2019, I spotted something peculiar in the gold market…

It was a signal from some of the biggest money managers in the gold market that something was out of whack, and gold was headed lower.

When I’m looking to trade gold, I look at something called the Commitments of Traders (COT) report. This report shows the positions of commercial traders – the “smart money” – across different sectors, including gold.

When I checked the COT report this February, it showed that the smart money was net short a massive number of gold futures contracts.

In other words, the smart money was strongly bearish on gold. And that tends to foretell a dip in gold prices.

And, if the smart money expects the price of gold to drop, they typically short at least 150,000 contracts. I know this from reading the COT report for decades, all throughout my 30+ year career trading the markets…

But, when I was watching the action in gold in December, the commercial traders were net short 302,000 gold futures contracts. That’s an extremely large short position, signaling a uniformly bearish stance on gold prices from the traders who know it best.

The smart money seemed almost certain that gold would go down. The last time they were short over 300,000 contracts was in August 2016 – and the price of the VanEck Vectors Gold Miners ETF (GDX) subsequently dropped from $30 a share to $20 in just a few months.

So, what happened next really caught my attention…

Soon after, in February of this year, the commercial traders took on an even larger short position of 338,000 contracts. I’ve never known the smart money to be wrong with that big of a position; early maybe, but not wrong.

A short position this big typically happens right around a short-term top in the price of gold, and right before gold stocks dip in value.

So, I recommended my Delta Report subscribers take a short position on GDX – which would profit as gold stocks fell.

Sure enough, a week later, gold stocks sold off hard, and GDX was down nearly 5%. But, thanks to the special technique I applied, the position I recommended was up over 100%.

Eager to take some profits off the table, we sold half our position for a 100% gain in just 7 days.

You see, one of the rules I follow – without exception – is to always sell at least half of a position once we’ve doubled our money. This takes our original money off the table and eliminates the risk of losing money on the trade. It’s like playing with house money.

The day after we sold half of our position, GDX fell another 5%, and we were able to sell the remainder of our GDX position for a 270% gain.

Our GDX trade made an average return of 186% in just 8 days… during a week that saw the worst one-day point drop in Dow history.

While the rest of the market was losing money, we nearly tripled our investment in a little over a week… all thanks to the special trading technique I’ve mastered throughout my career.

It takes seemingly small moves in stocks… and turns them into massive windfall gains.

And so, on August 26 at 8 p.m. ET, I’ll be hosting a special event where I teach my 18 year-old son Carson the very same technique I used to make a large profit in a short amount of time, like the GDX trade… and in one of the most volatile markets we’ve seen in years.

Carson just graduated high school. And, during the time at home we’ve spent at home in the pandemic, he’s taken an interest in what I do. So, I’m giving him the chance to trade based on what I’ve taught him – and he’s putting his hard-earned savings on the line to do it.

Don’t miss your seat to watch Carson trade live, with me – where I’ll also be revealing my special stock pick after the event.

All across America, people are giving up

Very few understand America’s new era of capitalism. A Maryland multimillionaire explains the #1 way to ensure you’re not left behind. 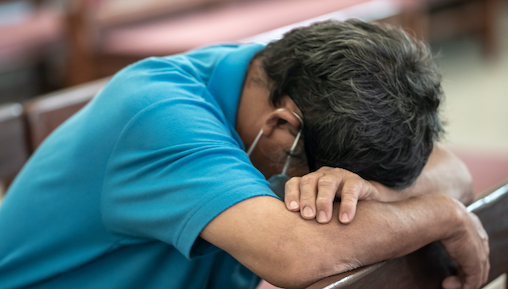