You see, he and his team have spent the last few months analyzing a treasure trove of hidden data that the Street uses to get an edge on the everyday investor. And now, they’re taking it public…

The best part? They discovered that anyone can take advantage of this same data, with an ordinary brokerage account, to capture massive short-term profits.

Click here to watch his revealing presentation before it’s pulled offline. And read on to hear how this groundbreaking story can make a huge difference in your wealth…

Over the last few months, some of the biggest quantitative trading funds have taken massive losses…

Many of them failed to adapt to the extreme market conditions from COVID-19.

For instance, funds from Renaissance Technologies ($165 billion) and Bridgewater Associates ($160 billion) have been down as much as 21% and 20%, respectively.

And billionaire Philippe Laffont is shuttering his $350 million quant fund, which had a team of 30 data scientists.

The problem is with the algorithms (algos) powering these funds. The algos are stumbling because they’re built on statistical data. And this data has never witnessed the kind of volatility we’re seeing in today’s stock market.

It would be naïve to imagine we could sidestep what has laid waste to the trading results of some of the best quant-trading firms in the world.

I’m here to tell you I’ve experienced some of the same problems in my own trading systems.

I noticed something was off in early April. At first, I thought it was just statistical noise. But I wanted to be sure, so I tasked my team to dig into the data… The first round of reviews didn’t reveal much. So I told them to dig even deeper…

And that’s when we discovered an additional source of trading data little used by individual investors. Heck, it was even little used by me – and I ran money professionally for years.

This data completely rewrote our traditional data sets. That’s profound, considering some of our pricing data goes back centuries.

So I dug deeper. And what I found was disturbing.

You see, Wall Street is lying to Main Street. Now, this is nothing new. But big investors are using a different tactic I call “fake” financial news.

Have you noticed how big-time traders will go on CNBC and say they’re bearish, only to find out they made a killing by being bullish?

Others will come out and say how bullish they are… and later, we find out they were dumping the EXACT stock they were “bullish” on.

Until recently, I had no reliable way to catch these inconsistencies. On the surface, their statements were lining up with what I was seeing on the charts. It wasn’t until I discovered this data set little used by individual investors that I was then able to put all the pieces together.

What I discovered was this data made up 40% of the trading in stocks. But that 40% is NOT reflected in the charts and data feeds you and I rely on.

You may wonder how this happens…

We uncovered that this 40% of trading data happens on private anonymous exchanges.

So when you look at a stock chart online or in your brokerage account, you’re only seeing 60% of the picture. Basically, you’re trading half-blind.

Here’s why that gives Wall Street an edge over you…

Big-time investors come on cable television and pound the table to buy a stock. Meanwhile, they can dump shares on private exchanges. And if you don’t know where to look, you will never see those trades.

I had my team peer into dozens of these trades. We found definitive evidence of the Big Money saying one thing in public… and this hidden data saying the exact opposite.

Don’t Trade With One Hand Tied Behind Your Back

I freely admit Wall Street’s media manipulation tripped up my data. As I mentioned above, I believe this “fake” news has tricked some of the best quant firms in the world.

So for the last three months, I’ve had my team test trades on what would happen if we added this new data set to our existing ones. On Thursday night, I released all the details about my new DeepWave system that accounts for this “hidden” data.

More than 365,000 people signed up to attend the special webinar. And they saw how each DeepWave trade would’ve generated an average of $19,740 in 21 days.

If you’re a trader, or if you’re simply interested in learning how you can use this information in your trading, I suggest taking a look at the replay of my special briefing.

It’s deeply educational and, if applied, in my opinion, what you’ll learn can dramatically transform your trading results. Be sure to check it out and let me know: Were you aware of this data? Have you used it in your trading before?

So please watch the replay and let me know.

He called out the Fed, Ackman, and Buffett for essentially leveraging billions from every Main Street 401(k), IRA, and pension.

He showed the PROOF that these titans went on the “fake financial news”… said one thing… and then did the complete opposite. 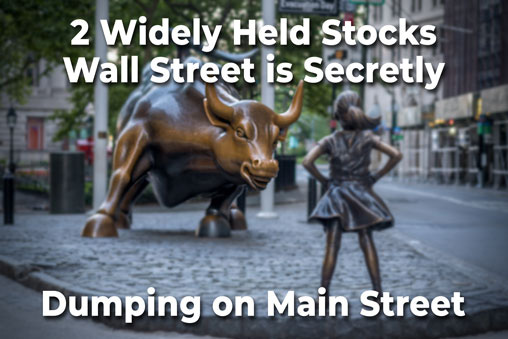