Energy stocks had a good rally going yesterday morning. The Energy Select Sector Fund (XLE) was up nearly 1% on the opening of trading and it held that gain until about lunchtime.

But then, energy stocks started to pull back – slowly at first and then all at once. By the end of the day, XLE had given up its early gains and reversed to close down 1.3%.

And that makes me wonder…

Since energy stocks have led the stock market higher over the past six weeks, are they now set to lead the market lower on a pullback?

It’s a reasonable question. After all, investor sentiment – an excellent contrary indicator – has shifted from extremely bearish on oil two months ago to hugely bullish on oil today.

Think about it… It was only two months ago when oil was struggling to hold above $60 per barrel. It seemed just about everyone was bearish. Many analysts were calling for the gooey black stuff to drop to $50 or even $40 per barrel.

Today, the analysts are almost universally bullish on oil. Folks are calling for $80 or even $100 per barrel by the end of summer.

And oil stocks – which were badly lagging the market in February and March – have been screaming higher for the past six weeks. The energy sector has gone from oversold to overbought. It’s been leading the market higher.

Now, though, the energy sector looks vulnerable to at least a mild pullback. Investor sentiment is too bullish.

The energy sector bullish percent index (BPENER) closed above 87 yesterday. That’s on a scale of 0 to 100 where anything above 80 is considered extremely overbought. And as soon as XLE started to drift lower yesterday, the broad stock market started drifting lower too.

Then… in the final hour… as XLE got hit with more selling pressure, the broad stock market got whacked as well.

Ever since the Volatility Index (VIX) generated a sell signal last Monday, I’ve been arguing for at least a modest pullback in the stock market. So far, though, that hasn’t happened. The S&P 500 closed yesterday just five points below where it was last Monday. Its resilience is due, at least in part, to the strength in the energy sector.

But if the energy sector is finally ready to pull back a bit, then we just might see the VIX sell signal play out over the next few days.

So, keep an eye on XLE. The action in the energy sector will likely give us the best clues for how severe or not the broad stock market pullback will be.

Today, a response to the recent VIX chart analysis…

Hello Jeff, I can understand when someone looks at a 60-minute chart of their favorite most active stock, sees a triangle pattern, infers a “coiling action” in the buying/selling of the given stock and expects some move out of the triangle to come soon.  After all, the chart represents the behavior of tens or hundreds of thousands of individuals.

I also understand when the person looks at a MACD chart for that stock and can deduce the direction of the move, although it’s trickier because the MACD depends on selection of parameters that may not apply consistently at different times or to diverse stocks.

I can also see that those techniques can be applied to an aggregate such as the S&P 500, particularly nowadays with index funds and ETFs driving trading in the stocks making up the index.

I can understand that after several years of low volatility, one would expect volatility to increase, just like after nearly a decade long rally, many people (but Bill Bonner and Bob Prechter especially come to mind) expect a crash “any day now …”

However, it’s much harder to believe that something like the VIX can be analyzed using chart patterns like those of individual stocks or indexes.  For one thing, almost by definition the VIX chart is confined to a relatively narrow range (to me it looks like a picture of a prairie with once in a while some tall weeds–unlike stock charts that tend to look “hilly”). But more importantly, the VIX is a theoretical expectation of volatility (itself a statistical concept), so it seems to me that applying such techniques to it is like using a saw to hammer down a nail, just because you’re enamored with the saw.

Bonner & Partners’ leading tech analyst, Jeff Brown, recently attended a secret closed-door meeting in the Bahamas. And he came out of it with knowledge of what he’s calling “the fastest-growing new technology investment I’ve seen in my career”…

To learn what it is, watch the video below… 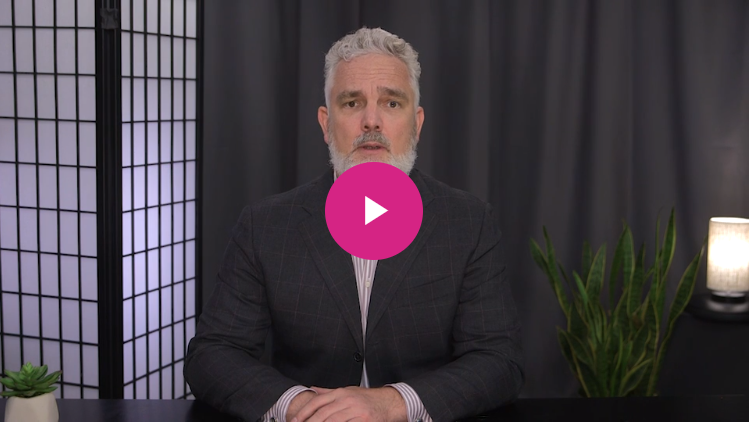