This chart is perhaps the most remarkable one in the financial market.

It’s a chart of HYG – the high-yield corporate bond ETF. Take a look… 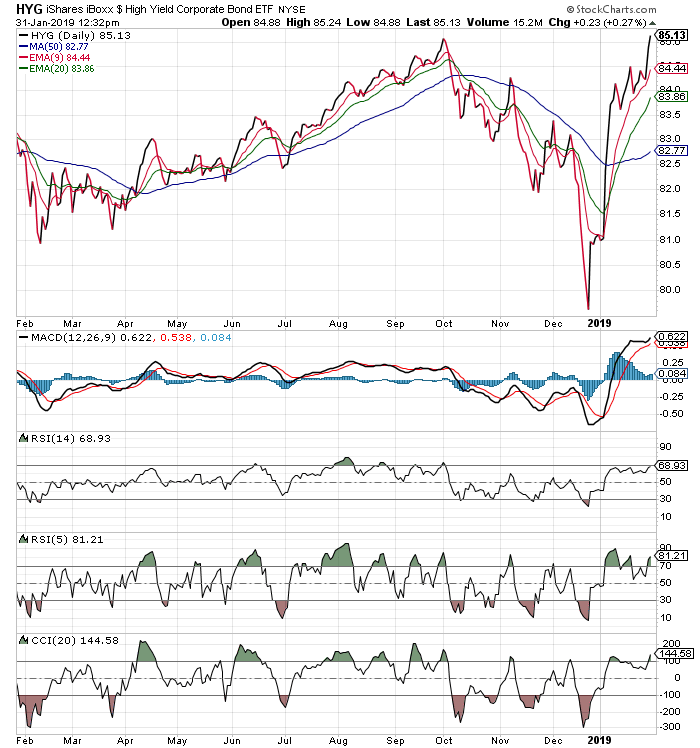 HYG provides an excellent proxy for investors’ appetite for risk. High-yield bonds (aka junk bonds) are notoriously volatile. So, when HYG is crashing, it tells us investors are shying away (or maybe running really fast away) from risk. When HYG is rallying, investors are anxious to put money to work for fear of missing out on potential gains.

I don’t think I’ve ever seen an asset class go from “the world is ending” to “everything is awesome” faster than what we’ve just seen in HYG over the past month.

Granted… many of the holdings in HYG are in oil and gas companies – which looked miserable in December, but have recovered nicely as oil has bounced. But, even considering the oil issue, THIS is a remarkable shift in sentiment in a very short time frame.

I don’t know about you… but, in my experience, this sort of rapid shift in sentiment doesn’t usually occur during a period of emotional stability.

And that thought really encompasses my concern for the financial markets in 2019. It’s not that I think the broad stock market is necessarily bearish or bullish. It’s that the shifts in the sentiment are going to be quicker and more erratic than most folks – outside of those who’ve applied for multiple restraining orders – have dealt with before.

I suspect that many folks – maybe most folks – won’t be willing to play a game where the rules seem to change quickly and without reason.

For example, when the interpretation of Federal Open Market Committee (FOMC) comments goes from something like “We’re far away from neutral rates” – implying a continued increase in the Fed funds rate – to something like “Eh, interest rates schm-interest rates… We’ll do what you want” – the logical thinking person asks “What?”

And, the logical thinking person takes a few moments, maybe a few days, to figure out the ramifications of the change.

When the logical thinking person finally decides, “Heck, I can’t play this game anymore,” that’s when liquidity dries up and computers are stuck having to trade with other computers.

I’ve long suspected we’re inching closer to that point. But, the action in HYG over the past month – from the depths of despair to a new all-time-high – tells me we’re rapidly approaching that point.

But, if the definition of “logic” changes, then how can anyone trust the financial markets?

That’s my fear… That the average investor decides that the financial markets are not logical. There’s no way to intelligently profit from them. And, investors merely decide to not participate any longer.

So, computers end up trading with other computers. And when the computers decide that it’s time to sell – and there are no individual investors to pick up the slack – who will be there to buy?

In today’s mailbag, a new Delta Report subscriber shares their experience with the service…

Hands down the single-best instructor I’ve ever viewed.

That would be Jeff Clark. I just joined the Delta Report and have only finished three of Jeff’s training videos [subscribers can view them here] and all I can say is “Wow, what took me so long?”

I’ve done some option trading (mostly selling OTM [out of the money] puts and calls), but I suspect that this service is going to take me to an entirely new level of proficiency and I can’t wait.

That is the best sock chart I have ever seen, bar none! I hear divorce can break a guy… A big risk for failing to make timely hamper contributions. The volatility predictions do appear to be spot on!

Do you fear computers trading with computers, like Jeff? What’s your biggest fear for 2019?

And as always, send any other trading questions, stories, or suggestions to [email protected].

A “Treasure Map” for Gold Revealed…

There is a way to double, triple, even 10X your money when gold prices rise… You just have to know which mining company is the right one to invest in.

And using a patented satellite technology, this expert geologist can do just that… by pinpointing which companies are sitting on a literal goldmine before a shovel ever goes into the ground.

Think this “Digital Treasure Map” is too good to be true? See all the evidence right here. 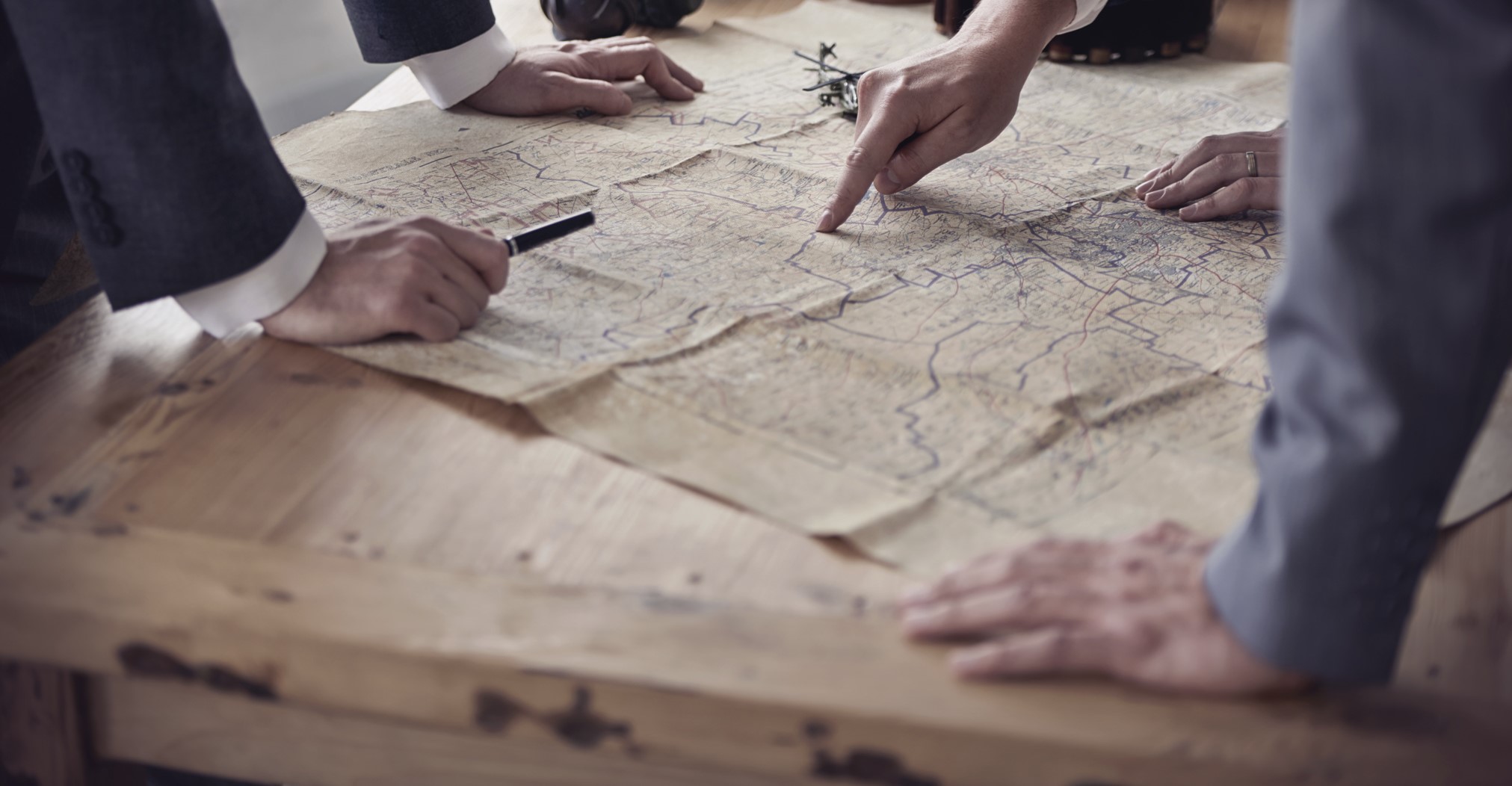