Mike’s note: The only times we stray from our usual Market Minute is when I see a huge moneymaking idea cross my desk that I just have to get out to you. Today’s essay is no exception.

Teeka Tiwari is the editor of Palm Beach Confidential and has been called “the world’s most trusted cryptocurrency expert.” And with the next bitcoin halving just around the corner, Teeka predicts that some crypto-coins could rapidly rise by thousands of percentage points in gains.

But, even if cryptocurrencies aren’t for you, Teeka’s here to show that there are a number of blockchain plays that can be easily accessed through an ordinary brokerage account…

Read on to learn why Teeka says blockchain will be the most important technology of the next decade, and click right here to learn how you can access Teeka’s blockchain stock picks…

Now Is the Time to Look for Blockchain Stocks

It was early 2016… and I was on the phone with one of the most irritating people I know.

The guy happens to be a very good trader. At market inflection points, I’d call him, and he’d give me great reads on the market’s next direction.

In my head, I call him “Mr. Haircut.” His hair looks like his mom put a bowl over his head and cut around it.

I was sorely tempted to unleash a tasty zinger on him about his hair in return… But instead, I restrained myself.

If you’ve been following me since I made that call in 2016, you’ve had the chance to see life-changing gains in crypto.

For example, I recommended bitcoin when it was trading a hair south of $400… At the time, people laughed. They told me crypto was worth nothing.

Now, don’t get me wrong. He does OK for himself. But he has to show up to work every day… and I don’t.

The same is true for many of my subscribers like:

They’ve made enough money from crypto to never have to work again.

The freedom crypto has given my subscribers has been life changing… And it’s about to happen again.

Goldman Sachs Gets Bullish on Blockchain

As you know, I believe we are on the cusp of another boom in crypto prices. And it all has to do with a rare event I call “The Phenomenon.”

If you’ve been following me, you know the Phenomenon is the combination of two forces: the bitcoin halving and a massive increase in demand.

And with the halving just around the corner on May 12… and demand ramping up as I write, it’s an incredible time to be in crypto.

So why am I recommending blockchain stocks now?

It estimates blockchain projects will store 10% of the world’s gross domestic product by 2027. That’s $8.6 trillion. By contrast, the entire crypto market cap is around $250 billion today.

That’s potentially a staggering 3,300% jump in less than a decade.

It’s naive to imagine that all of this wealth will only go into crypto assets. Some of it will – of course – go into stocks helping pave the way for blockchain adoption.

And that’s why we need to get exposure now…

Remember, blockchain is simply a decentralized ledger. Basically, it’s a network that records transactions made in bitcoin or another cryptocurrency.

It’s similar to the internet in many ways. So, startups in blockchain aren’t too much different than early internet startups.

But up until recently, there were no credible pure-play ways to get stock exposure to the blockchain boom.

Almost all the stocks purporting to be in blockchain were hastily rebranded public companies looking to cash in on crypto mania.

But that’s no longer the case. Real, credible players are emerging. And we need to own them.

That’s why, for the first time since launching Palm Beach Confidential in 2016, I’m making my first pure-play blockchain recommendations.

Now, out of fairness to my subscribers, I can’t name the specific stocks.

But understand this: Blockchain stocks are maturing, and we’re starting to see pure-play blockchain companies emerge that – in some cases – will offer the same asymmetric upside as the cryptos themselves.

So, now’s the time to add early-stage blockchain companies to your portfolio.

Years from now, when we look back on the waves of innovation that launched us to new levels of human advancement, we’ll see blockchain at the forefront.

P.S. In addition to my two blockchain stocks, I’ve uncovered five tiny coins I believe could turn $500 into a $5 million windfall thanks to the Phenomenon.

As I mentioned, the Phenomenon is just around the corner. So there are only a few days left to act.

The window to profit from these two blockchain stocks and my five coins is closing quickly. So, click here to watch my special presentation before it’s taken offline forever…

A company that makes the tiny device critical to every single new 5G phone.

Apple is expected to release their phone on or around Sept. 22.

When they do, shares in this tiny devicemaker could soar.

Find out all the details before it’s too late. 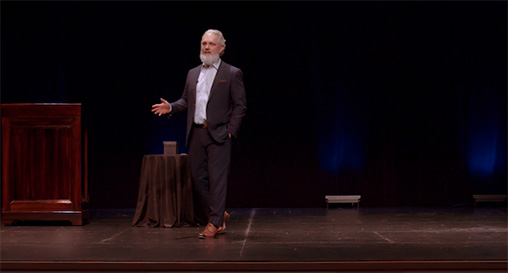