Mike’s note: We hope everyone enjoyed the holiday season with their loved ones. We’re also looking forward to sharing a new year of health and wealth with our readers.

As we wrap up Jeff’s holiday essay series, read on to see what he once wrote to the Social Security Administration, and how it’s a scam we all seem to be a part of…

Your crimes were atrocious. But they’re microscopic planktons in the ocean of fraud being perpetrated by the U.S. government.

You’ve stuck to a savings plan your entire working life. Each month, you automatically tuck away $744 – whether you can afford to or not. It comes out of your paycheck, right off the top, and goes into what is presented to you as the world’s safest bank account.

Sometimes it’s hard to do. You pass up taking your spouse out to dinner or taking the family to Disneyland for a three-day vacation. Saving the money is more important. It’s your future, after all. Your retirement. So, you stick to it – month after month, year after year.

But over that time, the U.S. dollar has fallen in value, and inflation pressures have eaten away at the purchasing power of your savings…

Nonetheless, you’re confident the interest earned on your 46 years’ worth of deposits is enough to make up for most of the loss in purchasing power. After all, in a truly free market environment, interest rates rise as inflationary pressures persist.

Now, imagine it’s time to start taking your money out and living off your savings. You’ve labored and saved for 46 years. You’ve sacrificed some of the finer things in life in order to save 12% of your monthly income for retirement.

“Congratulations,” says the trustee of your funds. “You’ve saved enough to receive $1,400 per month for the rest of your life.”

If you haven’t already guessed by now, I’m writing about the Social Security system. And I’m furious.

You see, I just received a statement of my future benefits, and the math doesn’t make sense.

That’s more than $41,000 less than what I would have paid into the system. No interest. No capital gains. Never mind inflation and the drop in the value of the dollar – the Social Security Administration is stealing $41,000 from me.

And they’re stealing it from you, too.

And still, our FICA deposits are automatically deducted from our paychecks, and our employers automatically match the contributions.

Why do we let this happen?

If someone held us at gunpoint and demanded we give them 12% of our paychecks every week in exchange for a future benefit we knew was a total lie, we’d fight back.

Don’t steal my money. Don’t lie to me. And don’t try to pass it off as something charitable for the “greater good.”

Looking for the next tech cash cow? This is it.

Let me keep my money. Let me invest it myself. And let me enjoy the benefits or suffer the consequences of my own decisions.

If I do well, I can live like a king and the $1,400-per-month paycheck from Social Security won’t have any added benefit. If I don’t do well and I blow my entire retirement savings on poor stock investments or on swampland in Kansas, I’ll live by my decisions.

What do you say?

There was no response.

Yet they keep taking my money and sending me statements that are filled with empty promises of substandard performance.

I have no doubt I can achieve a better return on my money than the government can. And I trust my own abilities to take care of my family when times are tough.

So, what do we do? Frankly, I don’t know. I’m not smart enough to tell you how to fight the government and to avoid confiscation of your rightly earned property.

I am smart enough, however, to know when I’m being played as the “mark” in a con game.

Bernie Madoff ended up behind bars when the regulators finally figured out he was making up numbers and stealing money from his investors.

It appears the government was simply getting rid of the competition.

Since 2016, Teeka Tiwari has trumped the stock market.

His investment recommendations have averaged 154% per year. That’s 10 times the S&P. And 81 times the average investor, according to JPMorgan!

However, one investment Teeka just uncovered could top them all…

It involves President Trump, billions of dollars, several large banks, and Warren Buffett. As well as a MAJOR upgrade to our credit and debit cards.

Teeka, who correctly picked the last two “investments of the decade,” is declaring this his top pick for the 2020s. 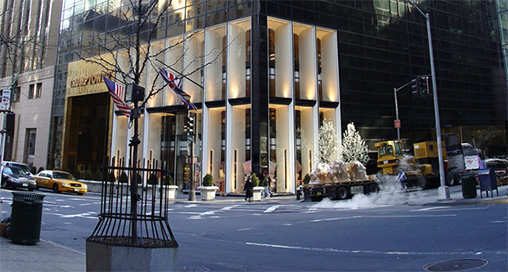