Novice traders often don’t take the time to learn the right way to use options. They jump right in – thinking, “I got this.”

They gamble, blow up their accounts, and then walk away penniless and swearing off options forever.

Even experienced traders sometimes get caught up in the allure of fast gains. They overleverage their positions – take a bigger position size than they should – and then take a hit. All the option traders I know, including myself, have blown up their accounts at least once.

But it’s not the option that’s risky… it’s the strategy. And when used the right way, options are far less risky than trading stocks.

That’s wrong. That’s the exact opposite of what options were designed for.

The options market was created so investors could reduce risk. Options allow investors to hedge their positions… and to risk much less money than they would buying a stock outright.

This is a simple example. And it’s the simplicity that proves my point. Options allow you to risk much less and profit just as much as buying stocks.

But that benefit disappears if you overleverage the trade and take on a larger position with options than you would otherwise take with the stock.

That’s the biggest mistake most novice option traders make. Instead of replacing a 100-share purchase with one call option, they take the entire amount they would have allocated to the stock and buy a much larger position with the options.

Rather than buying one call option for $50 and leaving the remaining $950 in the bank, novice traders take the entire $1,000 and put it into buying more call options.

They end up buying 20 call options to try to get more bang for their buck. What would have been a 100-share purchase has turned into control of 2,000 shares. Instead of using options to reduce risk, they’ve increased their risk 20 times.

Losing 100% on an overleveraged trade would be a disaster. And it’s why most folks think option trading is dangerous. But it’s not dangerous if you trade options the way they were originally intended… as a way to reduce risk.

Limit your option exposure to control just the number of shares you would normally purchase. Leave the rest of the money in the bank. Then it won’t be so bad to lose 100% on an option trade.

It will almost always turn out better than what you could have lost on the stock.

P.S. Tonight at 8 p.m. ET, editor of Postcards From The Fringe Tom Dyson is hosting a webinar where he’ll be giving away one of his highest-conviction trades for you to act on right away.

I’ve known Tom a long time. He’s maybe the most brilliant writer I’ve known. And his writings are wonderful to read.

But he’s also a sharp investor with an eye for big trends. In fact, Tom believes there’s a massive shift playing out right now in the financial world – and he’s gone “all in” on an asset class he believes will outperform everything else. It could even make you enough money to retire early.

His presentation, called “The Black Label Video from the Fringe,” tells a disturbing truth about our financial system right now, and what it means for your investments. Don’t miss this – click here to join for free.

In today’s mailbag, Jon shares his appreciation for Jeff…

I appreciate Jeff Clark, his expertise, and personal touch to the market – very down to earth.

Hello, I really enjoy Jeff Clark and my subscriptions. I have a question for him. In this morning’s update, Jeff says, “I’m looking to short stocks into that move.

Hi Todd, thanks for writing in. And, thank you for being a subscriber. When I say, “negative divergence,” I’m referring to the various momentum indicators I often use on charts (MACD, RSI, CCI).

Basically, if the indicators are making lower highs, while the market itself makes higher highs, it’s a sign of a near-term downside move. The reverse is also true, where a falling market with positive divergence on the momentum indicators can lead to an upside move.

So, if you’re looking at the intraday charts, you could watch the indicators for divergences throughout the trading session, and look to make trades on those divergences.

Urgent announcement from Tom Dyson, the man who bought Bitcoin under $10, before it rose 302,000%…

…bought gold before it rose nearly 500%…

…and warned of the 2020 Crash months in advance.

Tonight, for the first time ever, Tom will reveal why he’s going ALL IN on a brand-new trade right now…

It’s not regular stocks… crypto… cannabis… IPOs… or anything you’ve likely ever heard of before. But he predicts it could hand you financial security for life, if you get in with a big enough position, immediately. 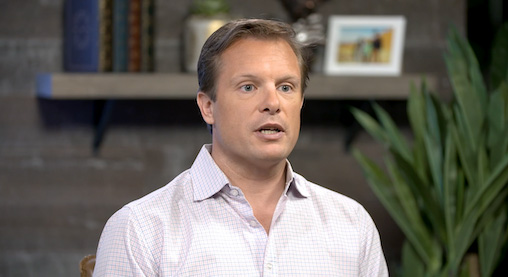